Facts about your Ontario Beer Store

I'm not sure what the whole deal about this is. If someone can put this into laymans terms.

I've never had an issue until all this crap came out. Is it an industry war between LCBO/Beer store vs. The Pub?

The prices at the LCBO & Beer Store are generally high relative to the rest of the world, but the bigger issue is selection and accessibility. Plus we generally pay more for things in Canada, an this would (arguably) extend to booze as well - although I still wonder why I can by 500ml of great European beer for cheaper than 473ml of local beer.

The fact that the Beer Store (think about it - a store that sells nothing but beer!) has a worse local beer selection than the LCBO is an insult to the consumers and to the local industry. The LCBO, with all its faults, does a pretty good job of promoting Ontario wine (VQA) at least, but even with that I imagine there are plenty of decent local wineries out there that can't get their product to market because someone at the LCBO didn't like their wine. If someone makes a legal product and is part of an established and accepted industry, there should not be anything or anyone that prevents their product from appearing on store shelves.

The second issue I have is accessibility. This is always the most debatable issue since many fear that once booze is becomes available in corner stores the cities will burn and the children will become raging alcoholics overnight. This fear is, I would say, is exactly as old as the LCBO itself, or whenever prohibition ended in the 20's. The LCBO was created as a means to control alcohol after a time when alcohol was illegal. I would expect the same if weed ever became legal in Ontario, but I couldn't imagine that same control being in place 100 years later. Google Map Toronto and search for the LCBO or Alcohol, or go on Beerhunter.com and see all the deadzones around the GTA. I find it pretty ridiculous that there are parts of the city that require a car or public transportation just to find a bottle of wine. Fawk, proximity to booze probably factors into a neighbourhood selections the same way one would consider local schools for their kids!

Add to all this some dirty politics and shady bidness deals and it's time shake things up in this province. I hope Wynne breaks shit up, at least a bit. Many politicians have talked about it for years. If she takes the first swing of the hammer, the wall will eventually come down.

okay, time for break, and maybe a stout!

Coming back from Alberta I will miss some of the great western canada beers not available in Ontario, but the beer also costs more there. So don't blame the lcbo for high prices.
B

BUT...Sobey's and the Co-op have great selection(better than any LCBO at the Co-op). Also I can buy booze from most bars that have an "offsale" right up until bar close time.

Ontario should look at some serious reform.
E

I never ever buy from the Beer Store.

the way things are right now, i have zero reason to enter the Beer Store ever again. the LICKBO near me is never out of the Polish beer i drink, and the girls are much cuter.
S

same here - I haven't set foot in a beer store for years. now I have Apu's "Who needs the quick-e-mart" song in my head.

only to return empties
O 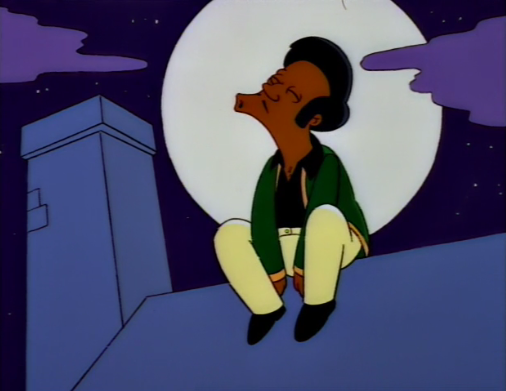 not even to return empties, unless i have a party and cases and cases are here. i put random empties in my blue box, and a guy with a bike and a buggy on the back comes once a week to empty them off my front porch the night before garbage day.
the LCBO in Oakville on Cornwall road is wicked awesome...tasting stations for wine and scotches. gonna hit up a Rum and Scotch one for 30 bucks in January.
S

ndrwrld said:
the LCBO in Oakville on Cornwall road is wicked awesome...tasting stations for wine and scotches. gonna hit up a Rum and Scotch one for 30 bucks in January.
Click to expand...

I know the staff there! Awesome LickBo.

did anyone post the news about how the government had a secret deal to prop up the beer store vs the LCBO?

anyway, the Beer Store has reacted by being more open to craft brewers, giving the small guys some freebies and an ownership stake?

i'm curious to hear reactions from the small brewers is this a good deal for them? or a good start? or a totally meaningless move that's just trying to give the beer store better PR?

Waiving the listing fees for the 5 stores closest to the brewery? Lol considering brewers can sell at their brewery that's pretty weak.

Wiseman said:
Waiving the listing fees for the 5 stores closest to the brewery? Lol considering brewers can sell at their brewery that's pretty weak.
Click to expand...

They fully damn well know they're gonna take it in the ass from the lib gov when they open shit up and sales go down the drain... this is them just padding their own eventual fall

"Listen, you fucking fringe, if I throw a dog a bone, I don't want to know if it tastes good or not" - Brick Top