How the Supreme Court will upend 2020 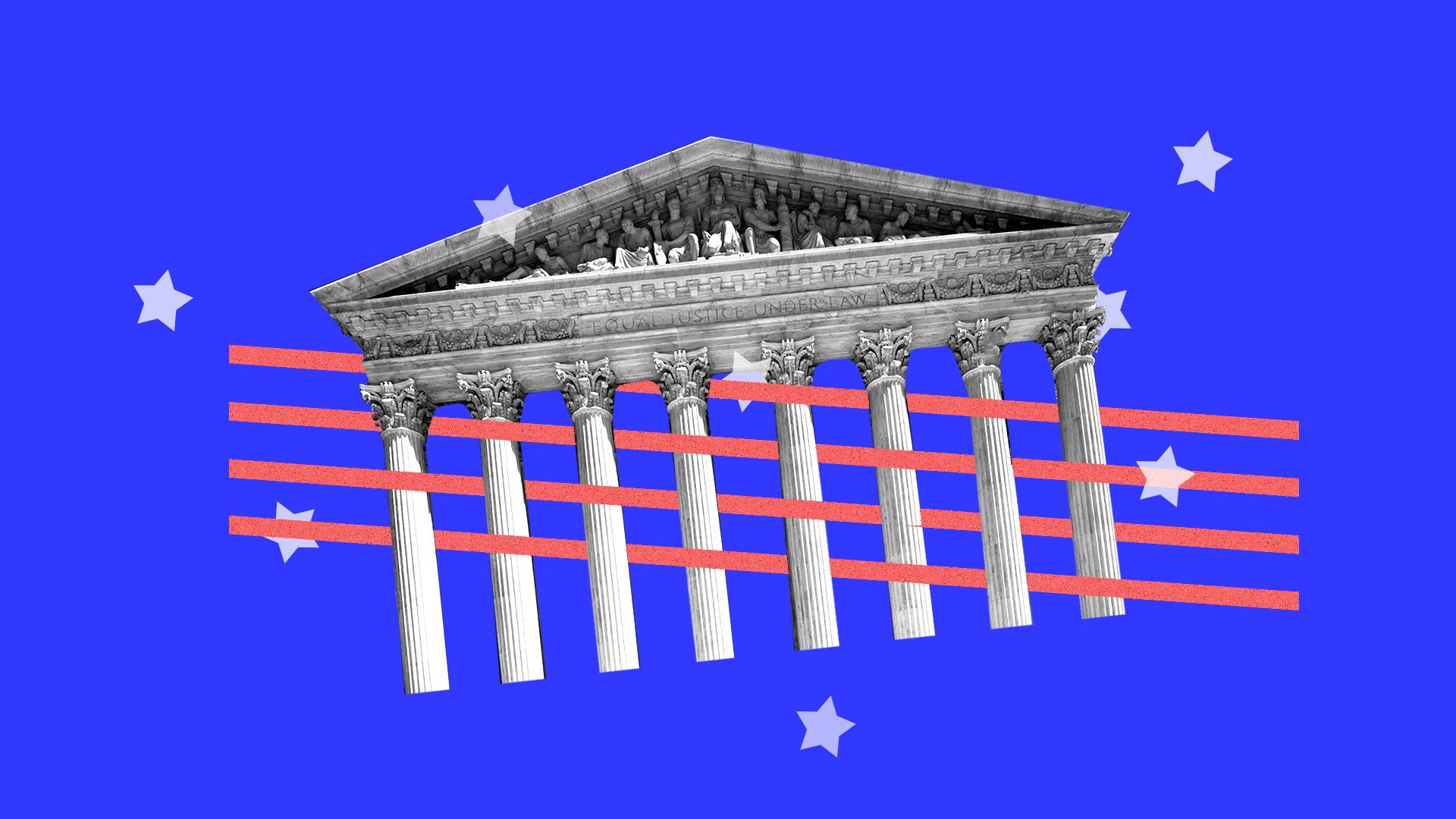 
The Supreme Court is already poised to drop some big political bombshells right into the heat of the 2020 campaign. And there are even more waiting in the wings, Axios' Sam Baker writes.

There’s more on the way.

Between the lines: Trump's ability to steer the court to the right, and specifically the presence of Justice Brett Kavanaugh, looms large in all of these cases.

All these cases carry major legal and political implications:

Traditionally, conservative voters are more focused on the courts than liberals.

The bottom line: If Trump is reelected and able to replace a liberal justice — or even if a Republican Senate blocks a Democratic president from filling lower-court vacancies — the judiciary could become a roadblock that stymies Democrats for generations.

Sanders, with a series of new policy plans, has put into full, detailed view how he would reorder or referee almost every part of American life, Axios' Jim VandeHei and Juliet Bartz write.

A Sanders government would take control of ...

Go deeper: Listen to a Joe Rogan interview with Sanders for one of the more detailed, coherent articulations of his philosophy. (YouTube)

"These machines should not be used in a democracy."

Warren ran Bloomberg over with a truck several times and then ripped donuts all over his putrefying corpse.

You gotta admire whatever political consultant convinced Bloomberg to give away hundreds of millions of dollars on this suicide mission. Laughing all the way to the bank. I guess you never go broke playing to a billionaire’s vanity

With the headline "#WINNING," The New Yorker's Andrew Marantz writes in a deeply reported piece that Trump campaign manager Brad Parscale is poised to beat Democrats at the online game for the second presidential election in a row:
"We've been working on this around the clock for three years," a senior official who works on the 2020 digital campaign told Marantz.

Another battle of the status quo.

Chaos in November? Why wait?