Drink claim pilot due in US court. 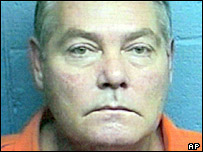 A Virgin Atlantic pilot accused of attempting to fly a passenger jet while under the influence of alcohol is due to appear in a US court on Tuesday.

Captain Richard Harwell was arrested on 19 December. He had been due to fly 383 passengers and 17 crew from Washington Dulles airport to Heathrow.

He faces up to five years in jail if convicted by the Virginia court.

Capt Harwell was escorted off the plane after airport staff allegedly smelt alcohol on his breath.

Airport authority police charged him with attempting to operate an aircraft while under the influence of alcohol.

On 23 December, Capt Harwell appeared in court via a video link from jail, wearing an orange jumpsuit.

His lawyers had asked the judge to allow their client to go home, but the request was turned down.

At the time, a Virgin Atlantic spokesman said everyone at the firm was "shocked and saddened" by the incident and went on to say that Capt Harwell was "one of its most senior pilots, with an exemplary record".

"Captain Harwell was stood down from duty on Saturday and will face an internal inquiry. This inquiry will take into account the outcome of the legal proceedings," he added.

Passengers told how there was a "stunned silence" throughout the aircraft when passengers were told the pilot had allegedly been drinking.

They were put up in hotels to wait, while a new crew was sought for the plane. They left Washington the following night and were offered a free flight each as compensation.

Jets nowadays are automated from takeoff to landing. Pilots, unless they are flying older jets, rarely have to do anything other than talk to the towers & monitor the flight path.
S

Originally posted by OTIS
Jets nowadays are automated from takeoff to landing. Pilots, unless they are flying older jets, rarely have to do anything other than talk to the towers & monitor the flight path.
Click to expand...

"Ladies and gentlemen, this is your captain speaking ..."

what about if they run into bad weather? does the computer handle it?

they should have those breathalizer-starter things on the planes.

like on the drunk driver cars. they have to blow into it in order to start the plane.
S

Originally posted by JAR
what about if they run into bad weather? does the computer handle it?
Click to expand...

You see a turtle helpless on its back, baking in the sun. What do you do?

Originally posted by PosTMOd
You see a turtle helpless on its back, baking in the sun. What do you do?
Click to expand...

Originally posted by Syntax Error
and?
Click to expand...

Well, it's not like driving a bus where motor skills are much more integral to actually move the thing properly. Although his impairment can severely effect his judgment, a plot can get on most modern planes fairly inebriated, and still successfully get the thing from A to B. It happens quite often and it's surprising more don't get caught.
You must log in or register to reply here.
Share:
Twitter Reddit Pinterest Tumblr WhatsApp Email Share Link
Top