One skill that is valued among rappers more than anything else is their ability to come up with rhymes that are sharp, smart and, most importantly of all, their own. So it's a pretty big charge that rapper Meek Mill made on Twitter last night, saying that Drake does not, in fact, write his own rhymes.
Stop comparing drake to me too.... He don't write his own raps! That's why he ain't tweet my album because we found out!
— Meek Mill (@MeekMill) July 22, 2015
Meek Mill went on to say that his team learned that Drake didn't write his verse that appeared on "R.I.C.O.," off Mill's album Dreams Worth More than Money, and had they known ahead of time, they would have pulled it.
And it ain't about no tweet he ain't post my album and he on it because he know we found out! It's so much to it lol
— Meek Mill (@MeekMill) July 22, 2015
There's more to Mill's accusations (a lot more), which you can check out on his Twitter page, although there's no way to confirm whether what he says is true or not. If it is, it could do a lot of damage to Drake's credibility, which he's been working hard to restore after the infamous Blackberry freestyle of 2009.
Update: It's been pointed out that Atlanta rapper Quentin Miller, above, could be Drake's ghostwriter, as his name actually appears in the credits to a number of songs on Drake's If You're Reading this It's Too Late, as well as the Meek Mill track in question. As some close to the matter have suggested, there could be more as well.
Lets keep a MILLION, did it ever occur to yall that QM wrote on MORE than the songs he got writer credits for? Making him a ghostwriter
— Steven Dingle (@stevozone4) July 22, 2015

The best part of this beef is Norm Kelly getting in on it though:

At which point Meek Mill calls Norm Kelly a white man and a thug.
S

lol - saw that yesterday. quite funny.

still, as a rapper, HOW do you not know who Aesop Rock is? Probably hadn't even heard of Def Jux either.

awesome. when you're standing on someone's shoulders, you should probably introduce yourself at some point!
D

Sal De Ban said:
awesome. when you're standing on someone's shoulders, you should probably introduce yourself at some point!
Click to expand...

Settle down backpack! They're in completely different galaxies.

actually, i've really been enjoying the new A$AP Rocky ablum. It's very well produced. A few of the tracks are quite hypnotic.

I had hopes for Vince Staples but the new album is bland.

This is not from his new album

Drake using a ghostwriter is hardly a surprise. Never really liked his flow (I respect what's he's accomplished though)

I love A$AP too. Super addictive. Meek Mill is terrible and he needs to sit down.

This girl basically killed it:

Who compared you to Drake tho ? you aren't even the best rapper in your relationship.
S

janiecakes said:
Settle down backpack! They're in completely different galaxies.
Click to expand...

Doesn't matter anyway. I stopped listening to hip hop music a long time ago. The backpack has been retired for over a decade.
S

Is it vs if Drake hasn't even responded? This is just Meek Mill getting publicity for his album.
D

still, as a rapper, HOW do you not know who Aesop Rock is? Probably hadn't even heard of Def Jux either.
Click to expand...

Nope! But if you're a rap artist (or even just a fan) in the u.s. Def Jux will cross your path at some point, no?

why would anyone want to claim credit for the garbage that drake spews???
S

probably the best question so far.

Because he has multi successful albums that gets him laid & paid like a superstar?
S

I'm no fan of Drake, but the use of the Blue Jays World Series win in a diss track on a dude from Philly is fucking brilliant.
S

lol Drake will have some new material for his next diss track.

Norm Kelly has made it! Drake opens OVO with this in the background. 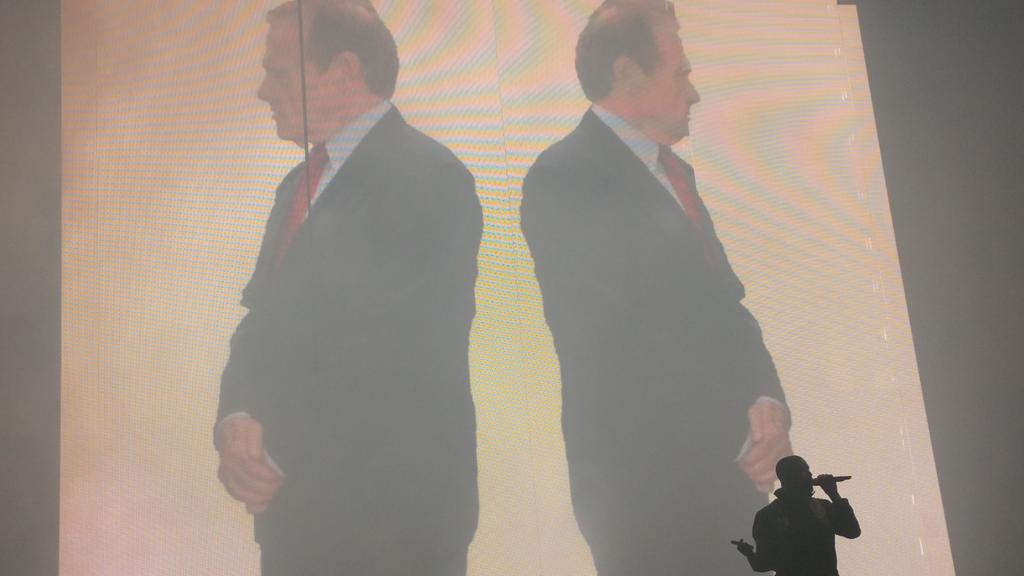 Twitter blowing up with the montage of memes Drake presenting
S

Norm Kelly is a legend, he showed up at a rap battle!