Staff member
Kyla Ford Promotes Black Market Cannabis Oils On Instagram
“This is my first time trying CBD. I started last week and, guys, it is so amazing. I love it.” 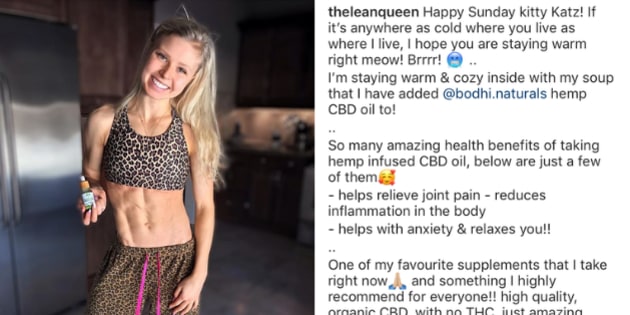 TORONTO — Kyla Ford, the daughter of Ontario Premier Doug Ford, has promoted cannabis products on Instagram that are sold illegally.

Ford posted a photo of herself holding a bottle of CBD oil and videos of herself using the oil on Sunday.
"So many amazing health benefits of taking hemp infused CBD oil," she wrote in the caption. "One of my favourite supplements that I take right now ... and something I highly recommend for everyone!!"

She offered a discount code for the Bodhi Naturals products to her 98,000 followers. A photo of Ford also appeared on the company's Instagram page, but was taken down on Tuesday following the publication of this story.

Ford's Instagram briefly went offline on Tuesday after HuffPost Canada sent questions to her via email, but reappeared hours later. The photos and videos promoting Bodhi Naturals were deleted in the evening.

Four weeks ago, Ford posted videos to her Instagram story announcing her partnership with the company.

"I am so excited about this company Bodhi Naturals," she said. "Basically it's CBD products. This is my first time trying CBD. I started last week and, guys, it is so amazing. I love it. I feel amazing."

The company's website offers vials of capsules or liquid drops that claim to have anywhere between 10 mg and 1,000 mg of CBD. 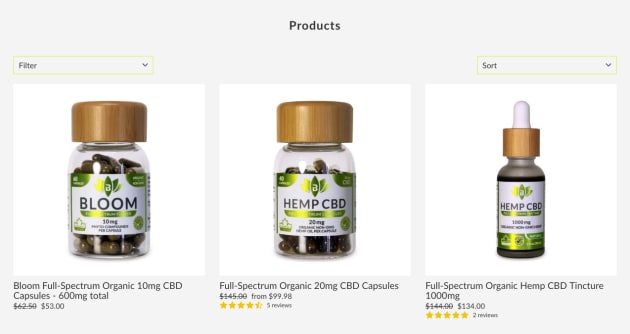 
Ford is a personal trainer and nutrition coach. Fitness model and personality Jay Zuccato is the president and CEO of the company that makes the products Ford promotes, according to LinkedIn.

Neither Zuccato nor Ford responded to HuffPost Canada's requests for comment Tuesday.

CBD, or cannabidiol, is a chemical substance in cannabis that does not produce a high, according to Health Canada. It's touted as a treatment for everything from epilepsy to sore muscles and aging skin, but the government says its therapeutic uses are still being studied.

'Tons of CBD products ... aren't legal'
Lawyer Trina Fraser of Brazeau Seller LLP, who advises the cannabis industry, did not want to comment on any specific company's activities, but said there are a lot of misconceptions about CBD products.

People think that because CBD products don't get you high, or because it's possible to make them from hemp instead of from cannabis, they must be legal, Fraser told HuffPost Canada. But that's not the case.

"There are tons of CBD products out there for sale that aren't legal. It perpetuates the misconception because understandably, when the public sees something so easily available, it'd be easy to think, 'Well, it must be legal.'"

Cannabis products can only be sold by authorized retailers. 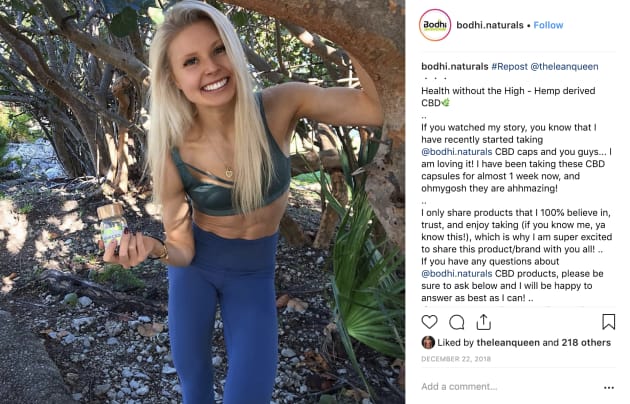 
Schedule 2 lays out the exceptions, which are for non-viable seeds of cannabis plants, mature stalks that don't have any leafs, flowers, seeds or branches, fibres derived from a stalk referred to in item, and the roots or any parts of the root of such plants.

"It should be noted that absent such an exemption, under the Cannabis Control Act, 2017, no person other than the Ontario Cannabis Store, or a person authorized under the Cannabis Licence Act, 2018, shall sell or distribute cannabis in Ontario," Philip Klassen, a spokesman for the province's Ministry of the Attorney General, told HuffPost Canada by email.

Bodhi Naturals is not named on Health Canada's list of companies that are licensed to produce, process or sell medical cannabis. And so far, the only legal retailer in Ontario is the Ontario Cannabis Store.

There are also strict restrictions on how cannabis can be marketed.

It is forbidden to promote cannabis products through testimonials and endorsements or to promote cannabis in a way that associates it with a certain way of life, "such as one that includes glamour, recreation, excitement, vitality, risk or daring," the Cannabis Act says.

That's why the websites of licensed producers tend to look boring, Fraser said.

"Even if they're selling it legally, they still have to comply with the promotion and marketing restrictions in the Cannabis Act as well ... They still can't sell it in a manner that is essentially trying to induce people to try it," she said.

Ford insists illegal sellers should be shut down

Premier Ford has been adamant that illegal sellers of cannabis products must be shut down by police.

He faced questions in November after The Toronto Star reported that his chief of staff asked aides to direct police to raid illegal cannabis dispensaries on legalization day.

Dean French allegedly said that he wanted to see "people in handcuffs ... on CP24 by lunch."

When the premier was asked about this by Opposition MPPs and media, he defended French and reiterated that companies that break the law should not be in business.

"We need to shut down the illegal pot shops," he said during question period the day after The Star published its story.

"I will never apologize for protecting the people of this province."

Representatives for the premier did not respond to HuffPost Canada's request for comment about his daughter's relationship with Bodhi Naturals.

This story has been updated to reflect that photos and videos were deleted from Kyla Ford and Bodhi Naturals' Instagram pages on Tuesday.