Did someone say MUSHROOMS?

inspired by the current hilarity in the nobody cares thread - allow this thread to act as a venue for compliations of all your favourite/worst/scariest/mind blowing MUSHROOM experiences!

as originally posted in the nc thread, i'll start:


my cousin justin and i are about 6 months apart in age. we've both been living in the city for the past 5 or so years, but somehow we'd never really hung out. so, he invites me to a halloween party at his place about 3 years ago. my cousin is a (straight) male ballet dancer - and has always leaned toward the wolf-shirt nerdy side. so, i was totally expecting a pop n' chip non-alcoholic dealio.

i arrived with my then boyfriend, decked out in full-on dorothy from the wizard of oz costume. (boyfriend wasn't dressed up) within 20 minutes, i was smoking cannons, swilling wine, booze and beers, and the house was FULL of other hot female and male dancers from ryerson, ALL decked out in costume. my cousin was dressed up in full 18th century goth attire, complete with butcher's bib, and rings of coal black eyeliner on his eyes.

my cousin's girlfriend was in the kitchen, and started doling out handfuls of shrooms to everyone there. fast-forward to an hour later, and my boyfriend and i are WASTED. we're laughing INCONTROLLABLY in the hallway of their apartment, staring at this art that my cousin's girlfriend's ex gave her (that he made) of two playboy centrefolds fucking a polar bear on a beach, and a linebacker being chased across the same beach by a tyrannosaurus rex. my boyfriend kept leaning and saying "dude! YOU'RE DOROTHY!!!" and we'd double over laughing like hyenas on lsd.

so, at the "nerd party", we were the total jackass "somebody's cousins" that couldn't hold their shit. i remember noticing people talking to my cousin and giving him the "are they okay?" concerned look, when all these ballet dancers had eaten/drank us under the table.

ahhh, good times. and it makes for interesting discussion over christmas dinner every year.

once i ordered a pizza with no mushrooms and they thought i wanted extra mushrooms, boy that was crazy
T

that is the trippiest shit i've heard to date, dude.
P

JESuX said:
my boyfriend and i are WASTED. we're laughing INCONTROLLABLY in the hallway of their apartment, staring at this art that my cousin's girlfriend's ex gave her (that he made) of two playboy centrefolds fucking a polar bear on a beach, and a linebacker being chased across the same beach by a tyrannosaurus rex.
Click to expand...

This reminded me of one time when my friends and I somehow ended up at the house of the Glad bag guy who always dressed in white suits in the ads. Maybe his kid was having a house party or something. Anyways, we were all zooming and encountered a large photo on the wall of the dude in his white suit. Oh my fucking lord were we ever howling at that photo.

I don't understand... if quantumize always boasts about not doing drugs and not drinking much, why does he always venture into threads related to those things, and post something?

Nothing against you quantumize, it's just odd.
J

he's living vicarioulsy through us.
F

Flashy_McFlash said:
I started really early in the day, around 1pm. Ate a few grams in a peaut butter sandwich and waited about five minutes before I decided that they weren't working, so I make myself another sandwich, omitting the peanut butter and bread this time.

So now it's around 2:15 and I'm walking down that path through the forest that led to the Guys and Girls stage and some guy from Vancouver offers me some hash. "Take it," he says, "I don't want anymore" and plunks down what has to be almost a quarter of coffee-with-cream coloured awesome and vanishes before I can thank him. I pull out my pipe and take a few pulls before I literally get knocked on my ass and into a tree next to the path. I take it in stride, so to speak, and decide that is a good enough place to chill out for a while. Which, of course, is when the zoomers hit.

I'm crawling down the path, now twisting and turning and going back onto itself when I realize that I am crawling into my own mouth. I'm gagging a bit and cursing my poor judgement for not bringing water on this expedition. Now I am in my brain, where I reside for a week before making it to the Guys and Girls stage, where I dance for what seems like a year. All this time I can see my thoughts physically manifested as people (sort of like that show Herman's Head). After what seems like a lifetime, I realize I'm in the tent, which is when it begins to devour me as I described earlier.

From my friend's testimonial later on, when the zoomers have worn off, I NEVER LEFT the fucking tent after eating the second 'sandwich'. I had just layed down right outside the tent. Zang.
Click to expand...


I just realized that almost all of my shroom trips are very internal (crawling into myself, in my own head, etc) unless I am exposed to outside stimuli very early on in the trip.

i <3 hella wikkid zoomers, maybe ill do some this weekend, too many rediculous trips to recount, but i never see things on mushrooms that i dont want to see or create myself, so i have never had a bad trip.

JESuX said:
he's living vicarioulsy through us.
Click to expand...

exactly, i've always been drawn to drugs but they are just not for me. i've tried drinking heavily etc.. i jus cant do it. i'm not anti-drug or anti-anything, its just not for me

in fact most of my friends do drugs, and everybody i know drinks mroe than me

1st off all shroom experiences are awesome. I'll share my funniest

I'm at cameron house mark oliver is spinning
on the ride down myself my buddy and our other friend take 2g's each
I had been taking detoxifiers to cleanse my system
after about an hour at camron house this table of 4 big black dudes are staring at me.
One guy finally goes to me yo dude you look green...
I start laughing and tell him I've been here many times before
he says no seriously you are the colour green..
I dart to the bathroom and yes I complexion is a light shade of green.
I proceed to spend the rest of the night in the mens stall crapping non stop for 2 hours, everytime I think I'm ok in comes the gut rut

i think i want to do mushrooms
J

i don't think i've ever had a trip that i wasn't LAUGHING MY ASS OFF for almost the entirety.

the only semi-bad night was the one where i was boasting over and over again about never having a bad trip - downing a handful of them, and heading over to 99 sudbury for that weird hip-house night a year or so ago.

nothing i couldn't handle, but i still have very unpleasant flashbacks from that night. some chunky girl with a backpack was dancing around and kept smashing into me - and she totally reminded me of one of those characters from the show "the dinosaurs". (NOT THA MOMMA!)

quantumize said:
i think i want to do mushrooms
Click to expand...

you wouldn't be able to handle them
K

I cried every single time I did shrooms... I would cry and have panic attacks, neck would swell up and scream and be hysterical... needless to say, I REFUSE to ever do them again. (been probably over 4 years now).
S

One night, near the infancy of my mushroom experimentation, my buddy Charles and I got together in Scarborough for a 'backpack shroom mission'. The concept was always pretty simple; pack my backpack with essentials (water, food, candy, etc), take shrooms while still in Scarborough and then go wherever the buzz took us.
So we decide to hop on the subway and head to a friend's place in the high park area. By the time we make it to the subway, we're absolutely FANGLED.. laughing uncontrollably and rolling on the floor of the subway car the entire way to high park station. Walking down the street to my friend's place was no different, we had to stop for frequent breathers and to roll around on almost every lawn on the way.. we were so FUCKED!

we open the door to our friend's place, and we're both instantly sober. The buzz completely disappeared, it was the weirdest thing ever.
So we hang out at their house for a few hours, smoking weed and watching the breaking news that princess diana had just died in a car crash.
Eventually we leave their house and decide to head back to scarborough.
The instant we leave their house, *SMACK BLAM KABLOOEY*, we're FUCKED again. We tripped out for the entire subway ride back home and then went our merry ways..
definately one of the most bizarre shroom trips ever
F

JESuX said:
nothing i couldn't handle, but i still have very unpleasant flashbacks from that night. some chunky girl with a backpack was dancing around and kept smashing into me - and she totally reminded me of one of those characters from the show "the dinosaurs". (NOT THA MOMMA!)
Click to expand...


LOOOOLE...I remember being jostled about by one of those beasts at one of the first Darkraves I ever attended, while on really mashy E. But I will stop talking about that now because this is a mushroom thread.
M

Once I tried to go to bed after like, 10 hours of tripping... at the time I had a bunk bed (with a futon on thebottom). I tried to go to sleep on the bottom bed, but after a while, I realized there was "someone" on the top bunk cause I could hear the breathing. I was so terrified, I had to go sleep in the basement with the tv on.
Last edited: Mar 31, 2006

that story rules, stirry. i've had similar total moments of clarity when you're like "wahh? where'd it go?" and you feel like you're rippin' sober again...

and then SMACK, she's a back.

i had a few of those moments at harvest festival this year.

There's already a really extensive thread on this.

Rosey had some twisted story about a then girlfriend of his who became convinced he was a demon and clawed at him all night in fear.

Flashy_McFlash said:
LOOOOLE...I remember being jostled about by one of those beasts at one of the first Darkraves I ever attended, while on really mashy E. But I will stop talking about that now because this is a mushroom thread.
Click to expand... 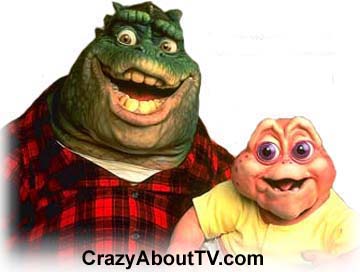 my most mindblowingest trip is intensely personal...

...but the long and short of it is that i took a *high* dose, and walked around the Guelph Arboretum talking to God for... i donno, whats time on mushrooms anyways?

to wrap it up, i lay down on a hill and watched stars connect the dots and rearrange themselves into the most complex, beautiful pieces of art in the sky. then i went back inside and thought i was gonna off myself, until my then-acquaintance, now ex-girlfriend-i-want-back asked if i was ok and if i needed a hug... see? hugs save lives.