This Schneiderman Assault story sure is bad.

Of course Oprah would win. She's smart and learning from Trump's experience. Her denials of a political run notwithstanding, she would be a great candidate for any party.

Furious Democratshope to pound Starbucks chairman emeritus Howard Schultz into early departure from his exploration of an independent 2020 bid.

One of Washington'sbest-wired party operatives told me: "I've talked to six dozen Democrats, and the overwhelming sentiment is that he will be pushed out by this incredible wave of disgust and disdain rolling his way."

Bill Burton, a former campaign and White House aide to President Barack Obama, is enduring the skepticism of friends to serve as a message and communications adviser to Schultz.

But for many powerful Dems, this is personal. They view Schultz's dabbling as a dangerous gamble, indulgence and diversion. They told Alexi:

What's next: Schultz appears in Phoenix today on the tour for his new book, "From the Ground Up," then continues on to Seattle and other major cities.

The Schultz effect: Liberals own 2020

The rising Democratic enthusiasm for big government liberalism is forcing a trio of leading 2020 contenders to rethink jumping in, several sources tell Jim VandeHei and me.

Iowa polling by a prominent 2020 hopeful found that the Democratic electorate has moved sharply left.

Bloomberg is going ahead with expensive preparations for a campaign: He directed his staff to prepare a launch plan for him, after he received an encouraging response from a business audience in Northern Virginia 10 days ago.

Be smart: The decision on whether to enter the crowded 2020 field is becoming a math problem. Just one moderate candidate could have an advantage, with a bunch of progressives splitting the liberal vote. But multiple moderates could be splitting too small a slice.

Schultz is the Democratic equivalent to when the Republicans started promoting Michael Steele endlessly after Obama got elected ("We have one too!").

Thing is, Schultz seems more along the lines of "Let's maintain the status quo" than anything really meaningful in the way of moving forward. That, and he seems clueless about anything resembling a policy.

Good to see this discussion happening


Dems divide over Israel Rep. Ilhan Omar arrives for the State of the Union address. (Carolyn Kaster/AP) "Provocative comments from Rep. Ilhan Omar of Minnesota have thrust the Democrats into an uncomfortable debate over Israel," AP's Laurie Kellman writes: "Increasingly, the rift appears as much generational as ideological, with newly elected Democrats showing less deference to the party line." "Omar became the flash point after she suggested ... Israel's supporters are pushing U.S. lawmakers to take a pledge of 'allegiance to a foreign country.'" Why it matters: "It's at least the third time she has forced older, pro-Israel Democrats who run the House into awkward territory over U.S.-Israeli policy." Republicans have stoked the furor. President Trump called Omar's remarks "a dark day for Israel," and posted a photo of himself in Jerusalem. What's next: "[P]ro-Israel Democrats led by Speaker Pelosi are expected to offer a resolution condemning anti-Semitism." The text will be updated to include anti-Muslim bias. An outpouring of support for Omar prompted leaders to broaden the measure.

In the most electric moment of this week's back-to-back debates, Harris told Biden:

I do not believe you are a racist ... But I also believe, and it's personal ... t was hurtful to hear you talk about the reputations of two United States senators who built their reputations and career on the segregation of race in this country. And it was not only that, but you also worked with them to oppose busing.
And, you know, there was a little girl in California who was part of the second class to integrate her public schools, and she was bussed to school every day. And that little girl was me.
Biden fumbled his response, not pausing to acknowledge her life experience, and tapping out before he was cut off:

It's a mischaracterization of my position across the board. I did not praise racists. The fact is that, in terms of busing, the busing, I never — you would have been able to go to school the same exact way because it was a local decision made by your city council. ...
I supported the ERA from the very beginning. I'm the guy that extended the Voting Rights Act for 25 years. ... I've also argued very strongly that we, in fact, deal with the notion of denying people access to the ballot box. I agree that everybody, once they, in fact — anyway, my time is up. I'm sorry.
How it's playing ... Stephen Colbert on a special live edition of CBS' "The Late Show": "I believe in global warming, because Kamala Harris was on fire." 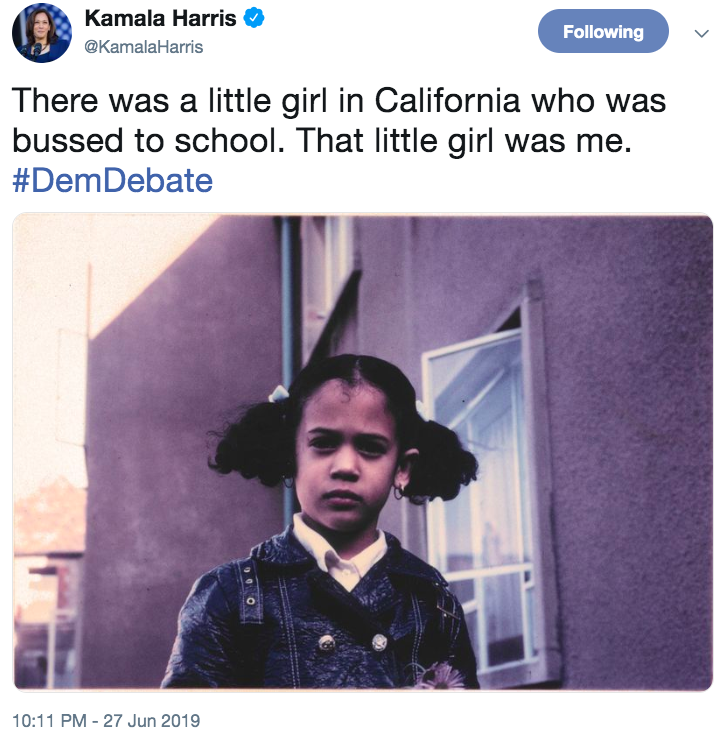 Top takeaways from this week's opening debates of 2020, from Axios' Alexi McCammond in Miami, managing editor David Nather, Alayna Treene and me:

I like Pete Buttigieg the most out of the candidates so far. He seems smart, articulate and unflappable. I think he would run circles around Trump in debates. I have always liked Joe Biden and hope he can recover, but last night it seemed he was stumbling.

Elizabeth Warren, Kamala Harris and Bernie Sanders were all inspiring, but I am concerned they may be too far left to capture the swing voters.

I am waiting for Beto to shine.

“We refuse to sit idly by as racism, sexism, homophobia and xenophobia are wielded by the president and any elected official complicit in the poisoning of our democracy,” they wrote. “We call on local, state and congressional officials, as well as presidential candidates to articulate their policies and strategies for moving us forward as a strong democracy, through a racial-equity lens that prioritizes people over profit.”
- Obama 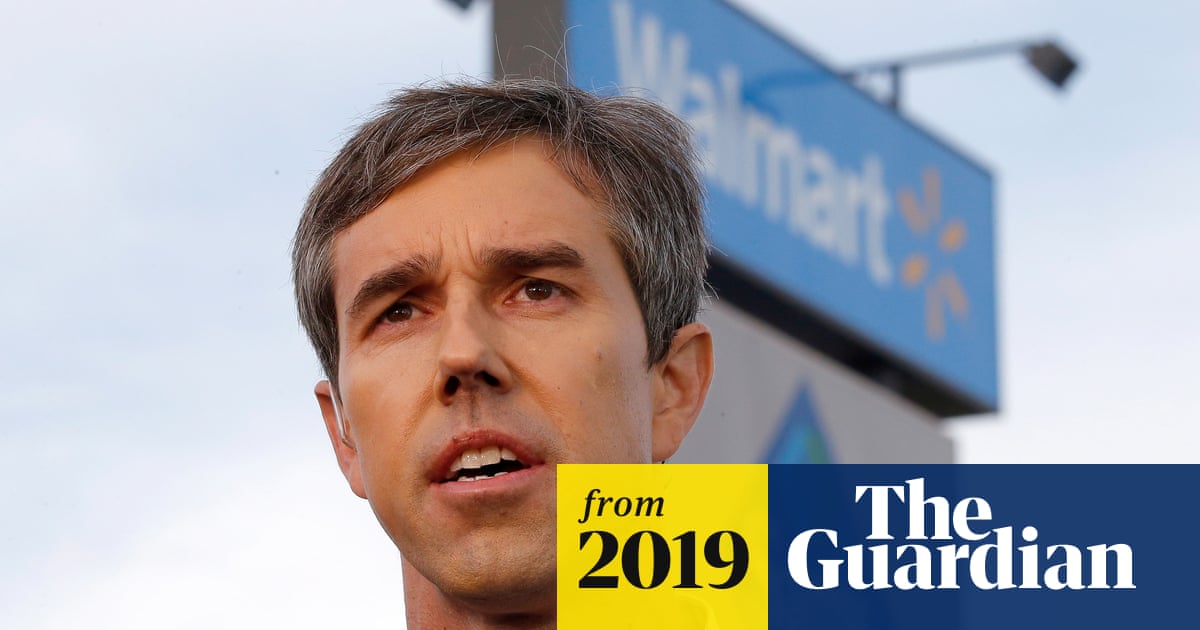 Beto O’Rourke on Trump and El Paso: 'He is an open, avowed racist'

There's an opening here for a Democratic presidential candidate campaigning for more strict gun control... who's going to step up?
S

I don't know which one is the real one.

The State Department completed its internal investigation into former Secretary of State Hillary Clinton's use of private email and found violations by 38 people, some of whom may face disciplinary action, AP reports.

The letter said investigators had found "no persuasive evidence of systemic, deliberate mishandling of classified information."