Democalypse 2016 - The Contenders, the Horse Race - the cynicism and the money

Puma said:
so go to at least huffpost usa and count your self if you do not believe in my count since you believe that my counting is biased since I want the number to re-enforce my belief.

do you want me to take a screen shot and count together or you will accuse me of editing the screenshot to fake the results.
Click to expand...

You still haven't specified the start date and end date of your article counts, without which the counts are rather useless.

And even if true, set against the entire campaign Trump still has the edge, according to that graph above - if anything Hillary was catching up to him (getting more coverage than him) on the back of the DNC and likely some more of the email stuff hitting lately too.

So a recent count showing more Trump than Hillary articles:
A) might be a reversion back to the trend where Trump got more free coverage than her
B) might be because of actual things driving that coverage as his tweets and campaign team have stoked more coverage from recent shit they did.

And it may be that more Trump coverage is actually a pro-Trump thing, if you think of it as being free publicity for his campaign, of which he has got much more free coverage than Hillary.

IN fact someone could look at article counts and make the opposite case of CJWs asserting media bias against conservatives in their Imagined Victimhood and Victim Culture - couldn't one argue that Trump getting so much more free media coverage than her for this long is evidence of anti-Hillary bias and pro-Trump bias in the media?

Puma said:
you seem to favor one of the candidates and don't look like you have a solid understanding as to why.

this is what it has come down to, if you point out that hillary is just as dumb as trump people will automatically label you as a trump supporter. it looks like in this debate it is not possible to be against both candidates people don't seem to understand that.
Click to expand...

Actually i am also opposed to both candidates as explained, but I'd rather take Obama's 3rd term under Hillary than the Chaos Candidate.

Trump I think would be even worse for foreign wars than Hillary (who won't be that great, but mostly in the way America has already not been that great the last 15 years on foreign policy), and domestic policy is essentially no contest. Do I want some continued protection of the expansion of medicare, better deal for students - or do I want race war and more of the same prescription of tax cuts for the rich the GOP has been hammering for decades?
Last edited: Aug 19, 2016
S

tobywan said:
Imagine the outrage amongst the politically correct and SJW feminists if the same statue was made about Hitlery...

I dunno, it may be tough to do a statue like that for her anyhow. It would probably fall over every few minutes unless it was supported with something ... Perhaps a stool would do the trick though? #HillarysStools

Apparently Alex Jones just offered Carl the Cuck and Aids Skrillex $20,000 to appear on his show. If that's not must see TV then I don't know what is! 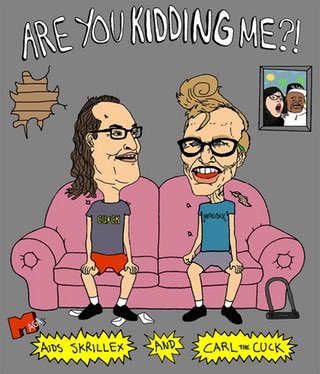 Most Immigrants Back Trump on Ideological Test, Poll Shows

GETTING CUCKY: A BRIEF PRIMER ON THE RADICAL RIGHT’S NEWEST ‘CUCKSERVATIVE’ MEME

Part Internet meme, part scathing social commentary from the right on its leading politicians, there’s a freshly minted term that has spread fast across the radical right. And much to the delight of those who use it, it’s found its way into the political mainstream.

But for the white nationalist movement, the term has come to represent much more – the ultimate insult to a politicians whose interests, they feel, should be closer in line with the mores and values of the ultra-conservative white nationalist right.

“Conservatives should be steamrolling a lame-duck president. Instead, the GOP might as well not exist. Republicans who thought they had retaken the government are confused, angry, and powerless. They worked for Republicans in good faith, but get only scorn and contempt. They’ve been deceived, cheated, and exploited,” writes Gregory Hood at the white nationalist site American Renaissance. “In short, they’ve been ‘cucked,’ or cuckolded.”

It was New York billionaire Donald Trump’s first public appearance among the Republican frontrunners, many of whom have been prominently labeled “cuckservatives.” Many white nationalists have thrown their support behind Trump, whose hard-right positions, particularly his extreme stance on immigration and refusal to apologize for anything, no matter how egregious, have created a sharp contrast with his fellow 2016 hopefuls.

Almost immediately Trump became the antithesis of a “cuckservative.”

“Donald Trump will probably not save America. He might, in fact, not even believe much of what he is himself saying,” writes Andrew Anglin on his neo-Nazi website The Daily Stormer. “But after his candidacy, voting for the Republican Party will no longer be viewed as a valid way to work for change.”

The origins of the term are unclear. Its first known usage was in a tweet from @Drunknsage, a veteran of last year’s GamerGate controversy. On January 14, 2015, he tweeted at two users, “I've been over using that insult lately cucklord, cuckservative, democuck cuck sucker, list goes on.” The term even has its own hashtag, #cuckservative, often used for ultra right conservatives to attack the Republican candidates as being weak or ineffective.

What is certain is that it fermented in the racist depths of the Internet, a rung below even Reddit’s recently deceased /r/CoonTown, on sites like My Posting Career, The Right Stuff, and 4chan’s /pol/, before seeping into civilized discourse.

White supremacists have been more than happy to co-opt the terminology, even tailor its definition to further describe politicians who don’t fall in line with the white nationalist cause.

“Cuckservatives are one of the reasons why decades of political victories by the Republican Party have never amounted to squat,” Brad Griffin of the white nationalist site Occidental Dissent notes. “Ordinary people vote against abortion, political correctness, or gay marriage and get open borders with Mexico, tax cuts for millionaires, bailouts for Wall Street hedge funds, and job destroying free trade agreements.”

Griffin goes on to describe two more tenets of “cuckservatism”: the embrace of “alien ideals, values or policies” that he claims as his own (Griffin compares this to a cuckolded male raising another man’s children) and a self-loathing love of defeat coupled with a sense of superiority over those who “work in their own interest” (i.e. outspoken white supremacists).

There is another piece to “cuckservatism” that, much to the chagrin of some of its most eager peddlers, has been scoured from its definition as it has entered the mainstream political conversation: its anti-Semitic origins. Anglin, for one, is determined to protect this part of the definition. This sentiment has been echoed at the Traditionalist Youth Network website, a white supremacist organization aimed at high school and college age students.

“Every last GOP candidate has its own Cable Rosenberg telling him how to vote, what to say, and how to betray their country,” writes Eric Striker. “Some mild-mannered conservatives have pointed out that mysterious ‘donors’ are indeed the reason why the republicans are constantly selling out their constituents.”

Even longtime anti-Semite and disgraced former college professor Kevin MacDonald of The Occidental Observer has waded into the conversation, siding with Anglin’s efforts to make the term anti-Semitic.

“In general, Jews are not cuckservatives because I have yet to see any substantial body of Jews do anything apart from pursuing Jewish ethnic interests as they see them,” MacDonald wrote. “Nobody is cuckolding them, but, given their role as a central component of our hostile elite, they have cuckolded a huge proportion of Whites.”

Not everyone on the racist right has fallen behind the term, however.

Former college professor Andy Nowicki, writing for the white nationalist site Alt-Right, contend that the term “cuckservative” is little more than a fad that signifies a “lack of imagination” and “compulsion towards conformity.”

MacDonald disagrees, referencing the widespread popularity of “The Mantra,” a screed written by the white nationalist American Freedom Party’s 2016 presidential candidate, Bob Whitaker, who author of “the mantra.”

“This strategy has been bubbling up from the bottom due ultimately to the internet,” writes MacDonald. “It combines intellectual power with simplicity. Bob Whitaker, who is the presidential candidate for the American Freedom Party, pioneered this strategy with his mantras – simple statements that, unlike the mantras of the establishment, make devastatingly accurate, intellectually unanswerable points: “Asia for the Asians, Africa for the Africans, White countries for everybody!” “Anti-racist is code word for anti-White.”

Whether, as Hood writes, “Beltway operatives” will be forced to make a choice between “reclaim[ing] their dignity and confront[ing] like men the forces that are destroying them” and “sit[ing] in the corner and telling themselves they’re in control,” remains to be seen.

A mock cover of The American Conservative making the rounds on the racist right. Source: The Occidental Observer.

Carl the Cuck and AIDS Skrillex | Know Your Meme
S

'Cuckservative' Is a Gloriously Effective Insult

Still shit, Putin seems like the kind of guy for whom its profitable to do favours for..

Alt Right Rejoices at Donald Trump’s Steve Bannon Hire
As Breitbart’s chief, Steve Bannon did a lot to normalize the racist, anti-Semitic world of the alt right. Now they rejoice as he joins the campaign of their king. 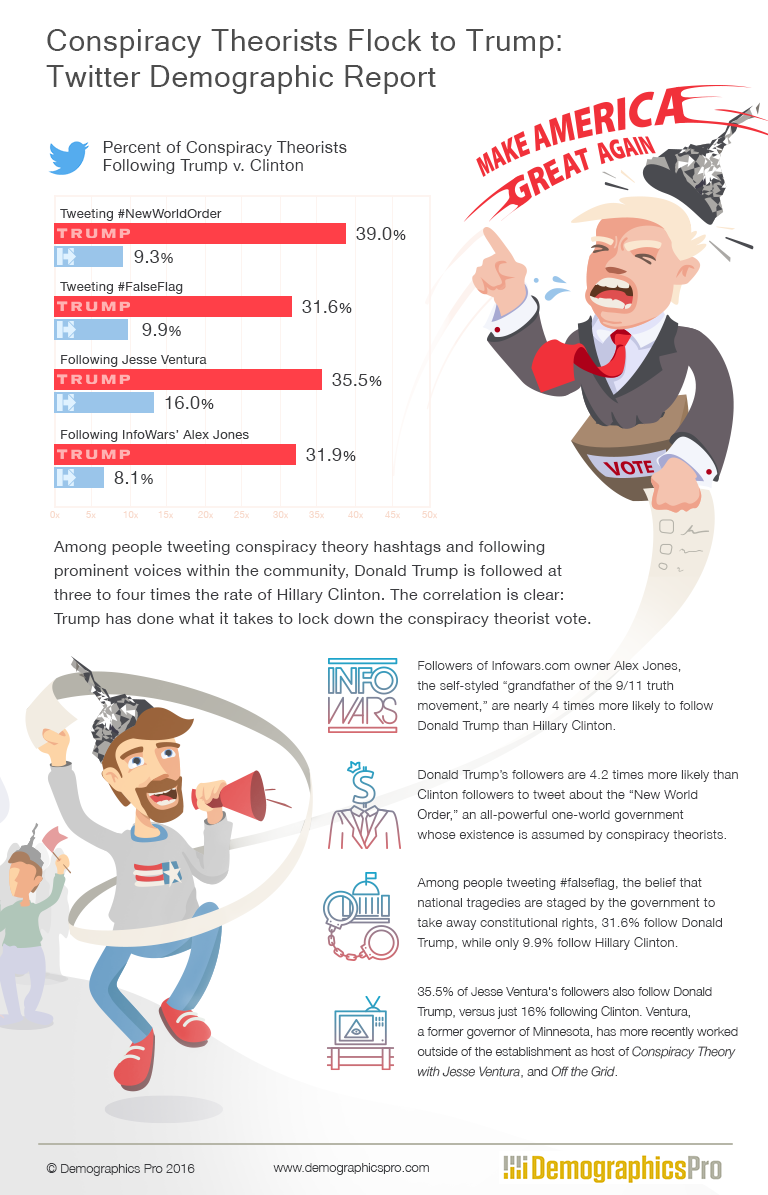 Dont worry, I'm sure his landing will be just fine, it always is for these types.
S

Chelsea Clinton sits on the board of directors for the company that owns the Daily Beast. Even still, they may be better than the dumbass pedophile supporters over at Salon.

The Daily Beast&rsquo;s Olympics Grindr stunt is dangerous and unethical.

Michael Weiss and the Iran-U.S. Hardline Nexus That Led Iranian-American to Evin Prison - The Unz Review

Funny that eh? Trump ain't tweeting about polls anymore! I wonder why?

The real reason Trump was running?

Conspiracy theory gathers force... Especially with Ailes and now Bannon on the team.

Speaking of polls, new one out today where he's regained the lead

Special KKK said:
Speaking of polls, new one out today where he's regained the lead

"White Americans are the only group of voters who think Trump will win the election right now, "

How the hell does Chelsea Clinton get to sit on a board? Isn't she like 25??

Special KKK said:
I hope to eat here one day.

praktik said:
So you care about the wall?

Didn't figure that many Canadians would really care, even amongst Canadian Trump supporters
Click to expand...

Was curious about this one - where would you rank the wall in the reasons why you like Trump?

Always figured this would hit home more with Americans who really feel that "taking our jerbs" fear. I mean here in Ontario we send them home every fall and who wants to pick tomatoes anyway right??

So why should any Canadian Trump supporters really care about the wall?

Conspiracy theory gathers force... Especially with Ailes and now Bannon on the team.
Click to expand...

Conor weighs in on Trump Network

praktik said:
Was curious about this one - where would you rank the wall in the reasons why you like Trump?
Click to expand...

It's not high up on my list, but it's something that I support just as I support the walls going up in Hungary, Macedonia & potentially Czech Republic, Austria etc ...

mmmmm @ the thought of K with Kayleigh & Katrina (Kellyanne is too old, that doesn't make me an ageist does it?) 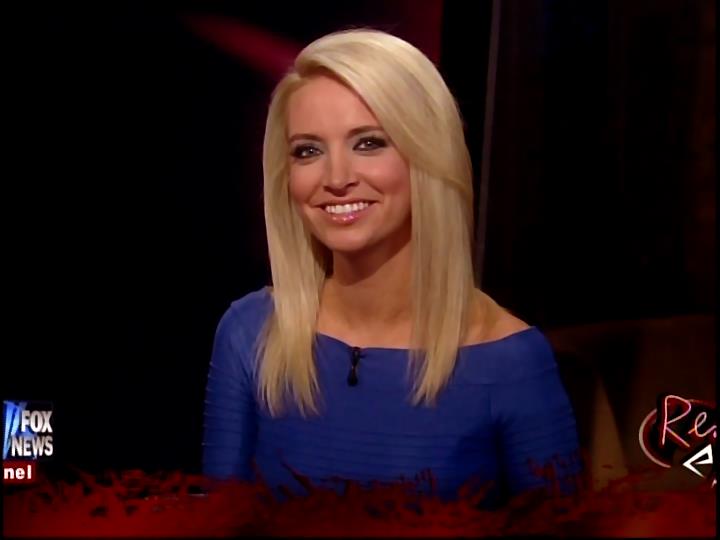