But beneath the digital face lies a .22-caliber pistol — a phone gun capable of firing four rounds in quick succession with a touch of the otherwise standard keypad.
European law enforcement officials — stunned by the discovery of these deadly decoys — say phone guns are changing the rules of engagement in Europe.
“We find it very, very alarming,” says Wolfgang Dicke of the German Police union. “It means police will have to draw their weapons whenever a person being checked reaches for their mobile phone.”
Although cell phone guns have not hit America yet, the FBI, the Bureau of Alcohol, Tobacco and Firearms, and the U.S. Customs Service say they’ve been briefed on the new weapons.
“This criminal invention represents a potentially serious threat to law enforcement and the public,” said U.S. Customs Service Commissioner Raymond W. Kelly.
“We received word about these guns last month. We have since alerted our field personnel to be on the lookout for ‘cell phone guns’ at U.S. ports of entry.”
Guns on the Move
These new covert guns were first discovered in October when Dutch police stumbled on a cache during a drug raid in Amsterdam.
In another recent incident a Croatian gun dealer was caught attempting to smuggle a shipment through Slovenia into Western Europe.
Police say both shipments are believed to have originated in Yugoslavia.
Interpol sent out a warning to law enforcement agencies around the world.
European border police and customs officers are at a heightened state of alert at all ports, airports and border crossings.

Realistic Appearance
‘If you didn’t know they were guns, you wouldn’t suspect anything,” said Ari Zandbergen, spokesman for the Amsterdam police.
“Only when you have one in your hand do you realize that they are heavier,” says Birgit Heib of the German Federal Criminal Investigation Agency.
The guns are loaded by twisting the phone in half. The .22-caliber rounds fit into the top of the phone under the screen. The lower half, under the keyboard, holds the firing pins. The bullets fire through the antenna by pressing the keypad from numbers five to eight.
Amsterdam police says they are very sophisticated machines constructed inside gutted cell phones which do not light up or operate as real phones.
“These are very difficult to make. We believe experts are involved,” says Zandbergen.

America on Alert
U.S. authorities, including the FBI, ATF, Federal Aviation Administration and the U.S. Customs Service Authority have been supplied detailed information and pictures of these new weapons.
“They’ve been given a heads up,” said Jim Crandall, ATF spokesman.
To date no phone guns have been discovered either in the United States or in the process of being smuggled in, authorities say. But they know it’s only a matter of time.
FAA spokeswoman Rebecca Trexler said airport security officers had been trained to deal with this new threat.
“We don’t want to tell the bad guys exactly what we’re looking for,” she says, “We are trying to stay one step ahead.”

Will Affect Travelers
Airport authorities across Europe are implementing systems to X-ray all cell phones, those procedures will likely be followed by airports around the world.
“This is just one more item that we need to pay special attention to because nowadays, of course just about every passenger carries a mobile phone,” says the spokesman for Frankfurt airport security.
Customs officials in the U.S. say their safety procedure has normally been to require travelers to turn their phones on, however that may no longer be enough. Cell phone users will have to be made aware that reaching for their phones in some circumstances could be misinterpreted as a threat by authorities.


ABCNEWS’ Christel Kucharz in Bonn and Andrew Chang in New York contributed to this report.

Here's a link to a video of it too.

I thought this was about the blue tooth cell phone laser tag game they have in Europe.
O

Originally posted by Loki God of Mischief
I thought this was about the blue tooth cell phone laser tag game they have in Europe.
Click to expand...

Damn, I guess I better switch to my pencil gun now.
R

Be very very nervous if you see someone with two cell phones.

Originally posted by nusty
Damn, I guess I better switch to my pencil gun now.
Click to expand...

gives new meaning to the term 'cut eye'
A

This is a job for...CONDORMAN! 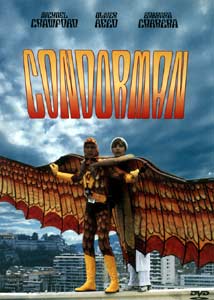 Originally posted by Tearer
Be very very nervous if you see someone with two cell phones.
Click to expand...

Be nervous even if it's one cell phone and a pager... there are a lot of those people out there. I never did understand why someone would use both.
Come to think of it, my mom carries two cell phones during the day. She always said one was for work and one was for personal use.... hmmmm now where did she say she worked? If my mom's an assasin, she can count on getting a bigger xmas present from me next year! I really don't feel like dualing my mom with my pencil gun.
You must log in or register to reply here.
Share:
Twitter Reddit Pinterest Tumblr WhatsApp Email Share Link
Top