wow. well, after reading the sander reviews, i feel that the ordeal we went through to get to windsor was nothing comapred to that! to give you some idea, we left toronto at 6:15 and didn't get to milton until 8:30 due to a collision on the 401, which closed down a portion of the highway. we were crawling along for AGES until we finally got off the road to eat. we drove back out to check the situation and the 401 was still ridiculoulsy backed up and we didn't want to risk trying to take the detour with all the rerouted traffic, so we decided to take a lovely scenic route through the backroads of halton hills, which ended up being the best choice cos we managed to end up on the other side of all the drama in probably less time than if we'd have taken the detour. of course, after all of the traffic problems, we didn't end up getting to windsor until midnight.

now, onto the Boom Boom Room. the place was quite packed by the time we arrived. what a wierd ass crowd. it felt like a hybrid between TIL and the guvernment with a bit of high school dance/university drinking bar thrown in for good measure. loads of people making out in the corners, puking in the bathrooms, pushy crowd, plastic people, you name it. but the one thing i have to give them credit for was that they were totally enthusiastic, and actually knew who the dj was, as they were chanting his name repeatedly (unlike those times i've been out and someone asks me at 4 am who the dj is). it was hard to dance cos of all the people, but it cleared out around 2ish. luckily danny went on just after our arrival so we didn't miss any of his set, which was fun, danceable and energetic...nothing super amazing or anything, but still good. i still maintain that one needs to have at least 5 hours to hear danny build a set, but hey - i take what i can get! the owner kept on going on the microphone and talking over the music which was really annoying. like did i ask for an MC? i can see doing it once at the beginning to announce the dj but there was some long-winded speech about their first anniversary and yadayadayada before all that. but a second and third time? no thanks.

but i digress...danny ended his set around 3ish, even though we were hoping it would go later, and then came back on to play Groove Armada - Lovebox (Desyn Masiello remix) and closing with Bent – Always (Ashley Beedle's Mahavishnu Vocal Mix) / Coldcut Feat. Lisa Stansfield – People Hold On (Acapella) (Danny Howells Mash-up). as soon as we heard the piano notes come in on that last track, tara and i were freaking out! so good! then it was time to say our goodbyes and drive back to toronto in less than 3 hours - a complete turnaround from our journey earlier in the night!

so in conclusion, wierd crowd, CHEAP drinks, good short-but-sweet set, loooooong drive. was it worth it? it's always worth it for danny!

great review, those kinda nights are the memorable ones.
R

Hold on a sceond, cheap drinks, people making out in corners? puking in the washrooms? and Danny Howells. Dear dear people should be ashamed!

That sounds like one hell of a party to me, Great!

pics...i wanted to hit this but im waiting for the Steve Porter review

im still crying i couldnt make it to that, i will look forward to Nick Warren @ Dragonfly
A

Not much to add to manda's review. Overall, the night turned out to be a great success.

My theory about the crowd at Boom Boom Room is that Windsor is a small city and as far as I know, this is the only club playing proper dance music. It's also more upscale than the typical university bars that populate downtown (they even have bottle service!). So you get a mix of ginos, suits, jocks, 19-20 year old Americans and straight up nutters. Nonetheless, I like a diverse crowd as long as everybody is there to party ... and they were.

Danny played a solid "fun" set. Nothing too dark or minimal. Mostly funky and upbeat tracks right from start to finish. I think Danny finished closer to 3:30am after feigning a few goodbyes. I suspect he could have played longer had he not come from Denver the night before and also had to spin a 10 hour set in NYC the night after. Full credit to Boom Boom Room for snagging him for a Friday gig, though.

Thank you again to lockedgruv for your hospitality and congratulations on a successful 1 Year Anniversary (Part 1). I hope Part 2 went just as well.

Lesson learned from this weekend -- always check the traffic reports before leaving the house!
(although on the plus side, we made terrific time after the detour and I managed to pass all of the speed traps along the way to Windsor without incident )

it was a pleasure having you guys down for the night

i really enjoyed Danny this time around after being disappointed @ Decadence earlier this year...i was into it start to finish and what a finish like mandapanda noted...the Lisa Stansfield mash-up put a huge smile on my face

ps. as much fun as i had Fri night with Danny, Porter was on fire Sat night for Round 2 of the weekend's festivities...BBJ, you would have loved it!(but sorry to say, no recordings of either night)

The boom boom room is set up very weird...so much traffic through the dance floor... and picture this...you're gettin' yer groove on to some great beats put on by danny and all of a sudden a rush of people push past you and some just stand in front and start taking pictures of eachother infront of the DJ booth...your dancing is interrupted by avoiding getting your foot poked through by a stiletto heel and sadly you look around to see if anyone else is annoyed by this trend that lasted for the first couple hours atleast and...nope, as said they're all just makin' out in the corners and standing around. there were a lot of girls feelin' up eachother and dancing to put on a show...and I had rough flash backs of the TOP 40 bar, the ROXX in barrie...
but as said the crowd was thinned out around two to what I call "the believers" while all the uninformed folk went home with their catch of the evening...or their toilets.

Danny's set was great, a lot of deep rolling beats put together flawlessly. Yes, people did seem to know who he was...but dancing was beyond most of them.

And the owner got mike happy for sure.

i'm actually moving to windsor in january for my clinical placement, so i'm looking forward to checking out the boom boom room as they seem to bring in wicked DJ's every now and then!

not much to add here that hasn't already been mentioned already, but i'll try anyways.

i got there shortly before danny was up, set up shop near the front of the dance floor and remained there for the majority of the night.
the three friends who i showed up there with would probably be considered "fair-weather fans" of house music. so that being said they only lasted about an hour in amongst that crowd, before they decided they wanted to go try and find somewhere else to be. i replied with "sure they suck, but this is Danny Howells!", but that fell on deaf years. "no problem guys .....i'll catch up with you later."

mandapanda's desciption of the crowd was pretty much spot-on. a solid 80% of which flat-out sucked.
i was made to witness way too much pushing/shoving/bumping/grinding/molesting/attemptedmolesting going on around me, on the dance floor.
all of which had me thinking perhaps i should find another location to "try" and dance it up a little.

just then, i happened to spot another couple of people near me who actually appeared to be dancing! wow. what a novel idea. dancing on the dance floor!!
at some point throughout the night, we got up to some small talk, and it was mentioned they too were on tribe. ha... small world, isn't it?
it was nice meeting you heather and mark. you guys managed to help keep my night a positive one, when i wasn't so sure that was possible at one point.
lockedgruv and AdRian, it also also nice to meet you guys, however briefly as it way have been. Ian, i'm sure i'll be back in windsor before too long, and hopefully we'll cross paths again....

anyways, the end of the night came much too soon.
a few short hours of Danny only ends up leaving you with a feeling that you've only just been teased.
so at that point i headed back to the hotel with (audio) blue balls.

it's too rare these days that i get the opportunity to catch someone who's music i enjoy as much as danny's. and though the hour and a half drive is a breeze compared to the 3 hour one into toronto i usually have to make to see someone of that calibre, the nights crowd/events had me cancel plans i had originally made to come back for a serving of porterhouse the next night.
i'll have to make sure to catch him next time he's in town.

Okay there Manda. . . making it back from Windsor in less then or equal to three hours? 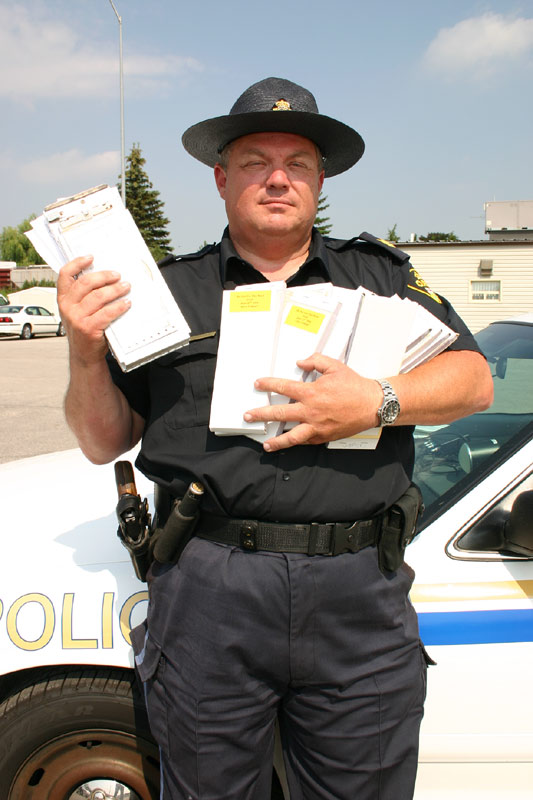 -Mercury- said:
just then, i happened to spot another couple of people near me who actually appeared to be dancing! wow. what a novel idea. dancing on the dance floor!!
at some point throughout the night, we got up to some small talk, and it was mentioned they too were on tribe. ha... small world, isn't it?
it was nice meeting you heather and mark. you guys managed to help keep my night a positive one, when i wasn't so sure that was possible at one point.
Click to expand...

hey, we missed you the next night! yay for people who actually dance!
A

ian said:
Okay there Manda. . . making it back from Windsor in less then or equal to three hours?

Haha ... actually, downtown Windsor to downtown Toronto is about 360 kilometres (according to Google Maps), so travelling at 120 km/hr gets you there in exactly three hours. Only a really bitchy cop would pull you over at that speed on the 401 in clear conditions.