April 18, 2006 -- Shhhh. Be very, very quiet. We're tracking cougar. Urban cougar. Felinae metropolitanus. Ah! There's one now, down at the end of the bar. Ain't she a beaut, mate? About 45 years old and a real ferocious hellcat, she is. We'll just wait till she leans in for a sip and then ...

"Hi there, would you pass me a napkin?"

Ah, crikey! She's pouncing on the bait! Somebody hit her with a tranquilizer dart. No, better still, get her another cantaloupe martini.

It's dangerous business, tracking a cougar - a sophisticated species of female who seeks the pleasure of younger males. These are 40-ish women who have no qualms about picking up - or getting picked up by - the same boys they sent off to bed for being naughty when they were babysitters.

Men their own age? They've been there, done that, collected the alimony.

In what might be the most happening scene in New York dating, cougar hunting has taken on the popularity of big-game sport. Visit Soho House, Lenox Room or Ava Lounge to see cougars in their natural habitat - strappy heels, cleavage, a little too much makeup and a glint in their eye.

While we're at it, let's throw in Susan Sarandon, Jerry Hall on her VH1 hunk quest, sitcom cradle-robber Fran Drescher, Mrs. Robinson, Eleanor of Aquitaine and seemingly half of the older women in Spinning class at Equinox gyms on the Upper East Side.

Web sites charting the phenomenon, like www.gocougar.com and www.urbancougar.com, feature an Urban Cougar of the Month and even sub-categorize saucy women under 40 as "pumas" and those over 50 as "jaguars."

Cougars are often divorcees or career-driven women who want to avoid the entanglements of a relationship. They're financially independent and enjoy feeling young and hip, so they're turning the tables on the tradition of older men scooping up trophy babes.

"I definitely see this trend among older women because they have such full lives," says Sheri de Borchgrave, the middle-aged former writer who wrote a sex column called "Bedroom Baroness" for Cosmo until 2003. "Rather than work on a relationship that might not go anywhere, it's better to go younger and friskier. Women get the athletic sex, and let's face it, guys get the easy sex.

"Plus, it's understood that it's not for forever."

De Borchgrave says life is imitating art, as shows like "Sex and the City" and "Desperate Housewives" have removed the stigma of oversexed older women.

Best of all, it's a win-win for both the cougars and their young playthings.

"They can be wonderful mini-relationships to revive the older woman and to give the younger guy a break from the really tedious hunt for a life partner," says de Borchgrave, who pens the "Sensual Side" column for Wine Adventure magazine. "For the guys, unless the woman's in their field, it's not so much about being mentored. It's not a teacher-student relationship. It's the opportunity to have a no-nonsense approach to the bedroom."

In New York City, where urban cougars are an indigenous species, The Post set out to see what happened when we dangled fresh meat in front of the local wildcats.

"People do tell me regularly that I should be a model, but I think it's an idiotic pursuit," says the fit, 6-foot-1 Rodriguez.

He's half Mexican and half Norwegian, so he's got that tall and dark thing going on. And his work in catering and hospitality gives him plenty of practice. "Actually, I used to get hit on a lot by older women when I worked at Blockbuster," he says. "They'd rent videos and invite me back for movie night."

For setting his cougar traps last week, Rodriguez revealed the strategy: "You don't approach women, you just make yourself conspicuous. Go near them and look out the window, or sit at the bar alone with a book."

Any book in particular?

This affection downpour began after Ben merely slid into an open space at the bar at Del Frisco's on West 49th Street and reached across for a stirring straw. That's when the fawning Mel and Nanette, two successful and buttoned-down 40ish women who work in media, suddenly turned into the Coors Light twins.

They begin rubbing his arm and tossing back their hair flirtatiously.

"You've got to be a model," says Mel, touching his shoulder.

Later, after saying goodbye, Ben quipped, "I told them models are shallow, and they just laughed. They didn't care about my answers. They just wanted me to be stupid."

Del Frisco's is a perfect cougar trap - loaded with successful older women on the prowl.

Ben hangs out at the bar and fiddles around with his iPod.

"Hi," says another cougar, this one a Chardonnay-clutching human-resources exec at a cable TV network named Judy. She's early 40s. "What are you listening to?"

She strains to think of another hip-hopper.

"I think so. I think it might have been," she says, even though those rappers don't exist. "Are they the ones who did that video with Aerosmith?"

A few hours later, Ben swings into his favorite downtown dive, Doc Holliday's on Avenue A, for a quick break from the hunt.

The two foxy older women behind the bar - Sabina and Joanna - serve up cans of Pabst plus a little wisdom on the cougar phenomenon.

"Hey, it's great dating young guys," says Sabina, who's in her mid-30s and likes her men a decade younger. "They don't have any hang-ups, they're just looking for fun, they've got great bodies.

"Plus they all hang out together in groups. So if you meet one, suddenly you're at a table with about five good-looking guys."

The other bartender, 35-year-old Joanna, says: "You've got to take them back to your place, though, because they've all got roommates. You don't want to swing into frat-boy central.

"Also, you don't want them too immature - like, any guy who orders a Long Island iced tea or some stupid new shot like 'liquid heroin.'"

A cougar at the next bar stool named Diana chimes in. A jazz singer who goes by the name Perez, it's common for Diana to be approached by younger guys after her gigs.

"They're all about T&A and MTV," she says. "They don't know anything about jazz. One actually asked me to sing him to sleep sometime. Like a lullaby. That was a little weird.

"But the real problem is he was into video games. That's a deal-breaker."

Ben finishes his Pabst, and it's back to the hunt.

Ben saunters up to order a drink at the swanky Pen-Top lounge on the roof of the Peninsula Hotel.

"How many floors do you think there are in this building?" asks the flirtatious Robin, a nearly 50-year-old wife of a Texas millionaire, breaking the ice with a question nobody really cares the answer to.

Apparently, Robin's husband is either at their mansion in Dallas, at the ski house in Colorado, or possibly at their fairway-side spread in Pebble Beach, Calif.

In any case, he's not here at the Pen-Top lounge - but his credit card is.

A few rounds of Stella Artois and Lemon Drops later, and Ben is giving her a foot rub.

"Oh, aren't you a darling," she says, "But you know what, I like Southern boys. I want to mess up your hair a little bit. Make it not so slick."

She tousles Ben's hair, thankfully managing not to snag either her wedding ring or diamond-encrusted Rolex in his gelled black locks.

"Cougar Bait" Ben has this one purring like a pussycat.

A young hottie from Long Island named Jordy slyly sneaks in next to the ladies man and starts making conversation.

Uh-oh. It's about to get catty in here.

"I just love your bracelet," Robin quips to the flirty 21-year-old who's obviously trying to steal her young trophy beau.

"Really," says Robin, facetiously arching an eyebrow. "Are you 16, dear?"

The young girl turns and walks away, licking her wounds.

It's a law of the jungle: Don't ever get between a cougar and her prey.

Top cats - These cougars are the top of the food chain - classy, rich, pampered and ultra-hot. Find them at hotel bars in the Peninsula or Essex House. Think: Ivana Trump, Jerry Hall , Sarah Ferguson

Euro cat - These sultry and sophisticated foreign felines have the olive skin and sexy Spanish and Italian accents to match. Cage these cougars with a few salsa-dancing moves. Think: Isabella Rossellini, Catherine Deneuve

Buff cat - These gravity-defying fitness fanatics have the bods of women half their age. Keeping up with them is a workout, and we're not talking about the gym.

Rock cat - Spot these downtown rock 'n' rollers by the badass tattoos and leather jackets. They're ferocious in the sack, plus have stories about partying with The Stones.

even sub-categorize saucy women under 40 as "pumas" and those over 50 as "jaguars."
Click to expand...

I met her at Indigo. She signed my book. She touched my arm.

Believe it or not: she's hotter in real life than on tv.
C 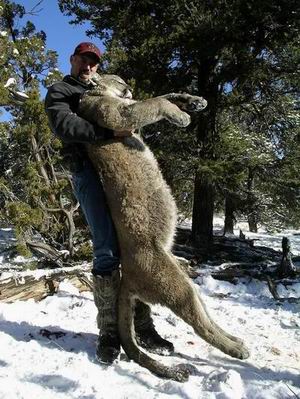 Hmmm this cougar had a few too many cosmo's...
I

What age is it for women that constitutes cougar status?
C

mrs peacock said:
What age is it for women that constitutes cougar status?
Click to expand...

mrs peacock said:
What age is it for women that constitutes cougar status?
Click to expand...

i think it's more about the age gap between the woman and the boy.
normally i wouldn't consider a 30 year old woman a cougar, but if she's picking up 19 year olds it's a different story.
W