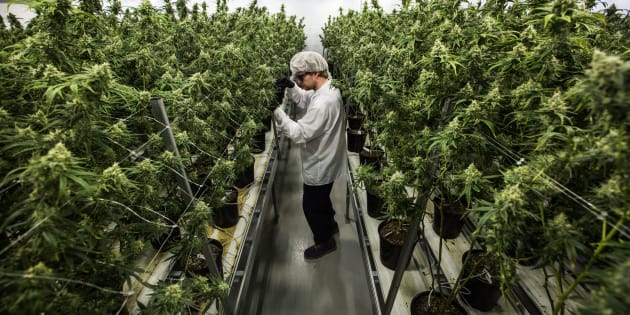 
They will also collaborate in the development of cannabis-based drinks.


Constellation said the deal is part of its strategy to stay ahead of evolving consumer trends and market dynamics, while maintaining focus on its core beverage alcohol business.


"Canopy Growth has a seasoned leadership team that understands the legal, regulatory and economic landscape for an emerging market that is predicted to become a significant consumer category in the future," said Constellation chief executive Rob Sands.


Constellation added that it has no plans to sell any cannabis products in the U.S. or any other market unless or until it is legally permissible to do so at all government levels.

Canopy said the deal gives it a strategic ally.

"We have also strengthened our balance sheet to fund the ambitious expansion efforts we have planned heading into 2018 – a year that will see unprecedented growth in medical and adult-use opportunities," Canopy chairman and chief executive Bruce Linton said.

Under the deal, Constellation will buy a 9.9 per cent stake or nearly a 18.9 million shares in Canopy for $12.9783 per share. It will also acquire an equal number of common share purchase warrants for Canopy.

Canopy shares fell 16 cents to close at $12.79 on the Toronto Stock Exchange on Friday.

— With a file from HuffPost Canada