I also think that once you hit a certain point, beat matching is second nature. Have I been living in a cave or is this a direction that most people are headed?

I've been heading that way for some time.

I just wish I had more time to head that way.
T 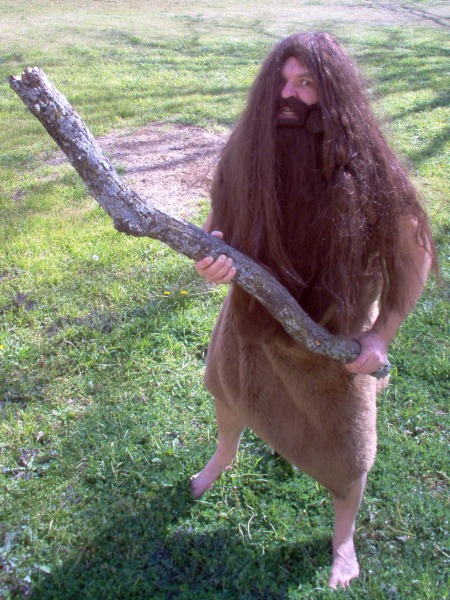 glad to see you're back up to date on things...
K

Technology can open up so many new doors, and once you start taking that extra free time and pushing things around - you can really start doing some neat stuff with it.
I

Yeah, I guess it all comes down to time management while you're controlling behind whatever setup you've got. I don't think there should be any controversy as far as having the computer beat match for you, if like Hawtin, you're using that to open up areas that were never deemed possible with just two tables.

It'd be nice to see more DJ's pushing their boundaries and using the technology out there to provide the most they can with the selection they have.

I'm surprised when I see d.j.s who push their boundaries using two tables!

Ya - I dunno.. why is it that I always seem to enjoy the sets more when CDJs/records are used versus ableton sets?

Not saying you can't get a good set from ableton, just that when Im out, im always happy when they're done playing...
I

What boundaries are left to push though with two turntables? Unless your talking tablism, which I don't think you are, there's not much left to do but program your sets wisely and smooth out the transitions with laser like precision on the eq's.

I'm not arguing that it's not a beautiful thing to witness when executed properly, as I've seen it countless times, but I've got nothing against using the technology to enhance and provide more depth to a set. Maybe you can help me understand why it is that some people seem so afraid to let go of the past and embrace this technology?
D


Are you ready for this "DANCERT"?
Get ready to get down to . . .
THE CORE DETROIT...
TERRENCE PARKER - DJ MINX - DELANO SMITH
THERESA HILL - BRUCE BAILEY

It was mass pandemonium, ask anyone who was there...
"The Core Detroit" was amazing from the very 1st beat - Detroiters got the shock of there lives as soon as they entered the home of
THE CORE DETROIT
@ TV (Formally Half Pass Three)
2548 Grand River, Detroit, MI - USA

Inv si le said:
Maybe you can help me understand why it is that some people seem so afraid to let go of the past and embrace this technology?
Click to expand...

It has little to do with letting go and much more to do with personal preference. When synthesizers became affordable to the average noodler people bought them in droves, but even today, the lowly piano is still around and quite popular, as far as I can tell.

As I've said before, the average person on the dancefloor wouldn't know what type of media was being used unless you walked up and whapped them in the face with it, so it only tends to matter to the 'heads' and the d.j.s themselves. I like putting in snaps for vinyl's sake just to offset the smarmy defensiveness of so many digital d.j.s, but at the end of the day it's not the "it", but what you as an individual do with it.

WestsideWax said:
...at the end of the day it's not the "it", but what you as an individual do with it.
Click to expand...

Thanks, but it's simply variation #3426.258B of something that's been cited in here time and time again. People get passionate about their preferences, plain and simple.
I

I use Traktor, but I don't understand how he got that record to match up with the files on his laptop without touching the record. Anyone?
K

You dont need to use Final Scratch with Traktor, it's possible to sync decks together without having to use a control vinyl. He's letting Traktor do the beat matching automatically for him.

He has something on his mixer mapped to let him quickly scan through files by twisting a knob. So load track into a deck, twist knob to find the correct spot, then let traktor take over and do the beatmatching for you and holding things in synch.
I

Yes I know, but it doesn't work like that. In order to have it match beats "for you" so to speak, you still need to set a cue point, grid point, cue the track at the right time *and* even then it still needs adjustment 1/2 the time as it does drift to some degree on many tracks. He doesn't seem to do any of that, he just brings in the turntable channel without any tweaking at all.

just call him Ian and ask what's up
D

there's an option that lets you sync a track on load and then you make sure it's phase synced from the start, that's how he beatmatched in an instant from a deck, every track he loads does that, whether it has beatgrids or whether its tempo synced from the traktor engine
I

Really? I have been playing with this thing for two years and using it out and I was not aware of that. Maybe I should RTFM! Now for me, that would be cheating!
O

Reading the manual is the most sissifying thing you can do.

half of the shit in traktor isn't in the manual
and half of the commands can only be midi assignable, there's no knob/fader/button etc. in the gui

Ya i thought it was pretty lame name too then realized the other designer dude's last name really is "richly".

And then it became ever so slightly less lame..
K

meh, sort of like the design of the shirt actually Lots of other artists have clothing lines, so I don't see what all the fuss is about.
S


I also think that once you hit a certain point, beat matching is second nature. Have I been living in a cave or is this a direction that most people are headed?

Beat matching is second nature after a while, thats why i started producing because i had a real good drummer on a electronic drum kit and tried to use outboard gear with him and he couldn't keep time with it if his life depended on it. So i sat down and tried it myself and i kicked ass. Thats what it did for me. Anyhow i would rather use Traktor instead of Serato anyday. The interface seems more intuitive, i can use whatever sound card i want. Plus Final Scratch works great. I don't know why people have to keep reinventing the wheel just to add a couple effects that just get eventually played out anyway.
S