i am incredibly saddened by this.


Top rally driver killed in chopper crash
British former world rallying champion Colin McRae was believed to have been killed in a fatal helicopter crash at his home on Saturday, police told AFP.

Four people died in the crash at Jerviswood near the town of Lanark in southern Scotland, Strathclyde Police said.

There were no survivors and formal identification of the bodies was not expected until Sunday.

The Times Online is reporting that it is feared that McRae's son Johnny, another child and another adult were killed in the crash.

The Times said friends of the family say McRae's wife Alison and their daughter Hollie, 9, were not on board.

"We can now confirm that four people were on board the helicopter which crashed in the wooded area in Lanark at 16:10 (1510 GMT) this afternoon," a Strathclyde Police spokesman told AFP.

"The bodies were found within the helicopter which is owned by Mr Colin McRae. It is believed he was on board.

"However, until formal identification has taken place we will be unable to confirm the identities of those on board.

"Police are still at the scene where further searches are continuing. Air accident investigations will be carrying out a full investigation into the cause of the crash."

A police source anticipated formal identification might be made mid-morning Sunday.

McRae, 39, held a pilot's licence and travelled by helicopter on a regular basis.

He was made a Member of the Most Excellent Order of the British Empire by Queen Elizabeth II in 1996.
L

I heard this earlier today . He always pushed it harder than anyone else.

RIP Mr McRae. One of the world's champions. 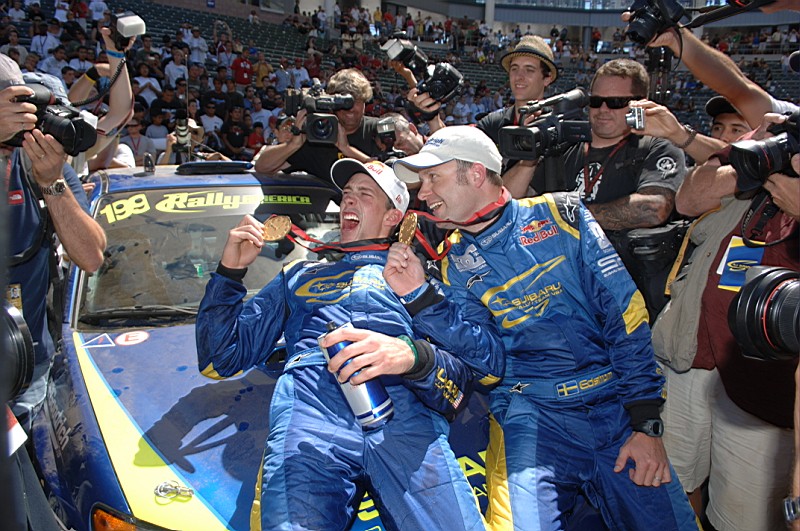 It's even sadder that the kids were in the helicopter too.
S

The man did alot of living atleast

Weird coincidence that David Richards was in a helicopter crash today. He was lucky and walked out however.
X

fuzzy said:
The man did alot of living atleast
Click to expand...