SINGER George Michael was arrested on suspicion of possessing drugs yesterday after being found slumped in his car.

Police and an ambulance raced to the scene after a Good Samaritan spotted the semi-conscious singer and raised the alarm.

After ensuring the millionaire star had no obvious injury, officers breath-tested and searched him.

In the boot of the car, thought to be a dark Range Rover, cops are also said to have found a cache of pornographic material including sex toys and masks.

Gay George, 42 — whose smash hits include Careless Whisper and Wake Me Up Before You Go Go — was arrested on suspicion of possessing controlled substances and driving while unfit through drugs.

One witness said: “George was completely out of it — he was all over the place.

“He was found with his head slumped against the wheel.

“No one could rouse him. He was virtually unconscious. When the police came he could hardly speak.” The ex—Wham! star was taken to London’s West End Central police station and kept in a cell overnight.

He was examined by a police doctor after coming to his senses. When the medic concluded he had been fit to drive, he was DE-ARRESTED over the allegation of driving while unfit.

After nearly seven hours’ custody he was bailed at 9am yesterday to return to West End Central in March while the substances are analysed.

George was booked in under his real name Georgios Kyriacos Panayiotou. Like anyone else arrested, he had a mugshot taken and had to supply fingerprint samples and a DNA swab taken from his mouth.

That will be stored on the National Police database. The arrest of the star will alarm family, friends and fans. George was famously arrested in LA in 1998 for lewdly flashing at an undercover cop in a park loo near his Beverly Hills home.

The star put the shame behind him to clean up his act and has re- mained with his partner Kenny Goss.

George has admitted smoking cannabis heavily in the past to beat depression and to gain inspiration for his music. But the circumstances of his arrest yesterday will fuel fears for his physical and mental health.

The star’s car was found parked at a crazy angle on Hyde Park Corner — one of Britain’s busiest crossroads.

The passer-by dialled 999 to report the peril George was in. One source said: “An ambulance crew and police drove there as a matter of urgency due to the car’s positioning and fears of the danger for the driver.

“He was dazed and confused when ambulance staff got there, but they were satisfied he had not been hurt.”

A Metropolitan Police spokesman said: “We can confirm that at 1.50am on Sunday, 26 February, we were called by a member of the public to a man seen slumped over the steering wheel of a car.

“Police spoke to the 42-year-old man. A search revealed what are believed to be controlled substances. He was subsequently arrested.”

It is unknown whether a blood sample was taken from George to establish if he had been using drugs prior to his arrest. But his de-arrest suggests the police doctor accepted his explanation for his condition. The North London-born star is likely to be cautioned if the substances seized are confirmed as controlled drugs.

That punishment — for which he would have to admit the offence — would be a commercial disaster for the star, who boasts a massive US fanbase.

Anyone entering the United States must declare whether they have a record for drugs. Lawyers for George, who also has homes in North West London and Oxfordshire, would be likely to plead with police that he receive only a formal warning.

It produces the same “high” as a few glasses of booze and sends users’ sex drive soaring.

he really need to stay indoors.
and maybe in closets indoors.
T

In the boot of the car, thought to be a dark Range Rover, cops are also said to have found a cache of pornographic material including sex toys and masks.
Click to expand...

GHB and sex toys? what a combo

Staff member
He is looking more like a Greek Sailor than a popstar for sure: Captain Hindgrinderopolos

Holy fuck he looks rough in that pic.

Omg, someone Photochop Georgie in the shower with kissy PostMod.

lol, poor george... no wants his sex no more.
M

Well, he has a really hot life partner.

I think he should be left alone. I love him.

Staff member
What ever happened to that other guy from WHAM?
R

the boot - that is where I keep my sex toys too

alexd said:
What ever happened to that other guy from WHAM?
Click to expand...

I think he turned into Jeremy Piven?? 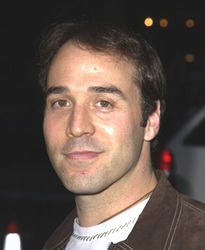 Wait...is that the man with the yellow hat or am I just high on GHB?
K

What is this GHB they talk about?
K

Wow, that's a brutal picture of him.

I still love you, George.
Q

In the boot of the car, thought to be a dark Range Rover, cops are also said to have found a cache of pornographic material including sex toys and masks.
Click to expand...

so they can positivley identify the pornographic materials and the drugs however they are unsure as to what kind of car it is.... ??


He pretty much looks like everyone I've ever seen on GHB.

groovespinna said:
he really need to stay indoors.
and maybe in closets indoors.
Click to expand...

ugh, you're such a douchebag.
B

I heard George likes it in the boot
C

janiecakes said:
ugh, you're such a douchebag.
Click to expand...

He looks awful in the picture. Give poor Georgie-Porgy a break. :0
M

I REALLY respect his new stuff. And how he is doing music for the sake of music now instead of making cash and adhering to record contracts.

He's definitely known as a tired old queen but his last album was really powerful to me. One of the only gay-related artists other than Madonna that I actually like.