The Globe said:
The unemployment rate soared to 7.2 per cent, up from 6.6 per cent in December.

The losses, most of them full time, were well beyond any economists projections.

Since October, the Canadian economy has shed 213,000 jobs or 1.2 per cent of its work force, and the losses were mainly full time.
Click to expand...


The Star said:
It was the largest employment decrease since the agency began keeping what it described as comparable figures in 1976.
...
If there was any light shining through the black clouds it was in the fact that Canadians that still had jobs were earning more, 4.8 per cent higher than a year ago.

Employment in health care and social assistance did increase in January, picking up 31,000, however.
Click to expand...


CBC said:
"Unfortunately we will see more job losses," said Sal Guatieri, a senior economist at BMO Capital Markets. "This is the start of a wave of job losses that will likely extend through the first half of this year."

BMO economists expect the Canadian unemployment rate to break through eight per cent by the end of this year. To combat the softening economy, the Bank of Canada is expected to announce another interest rate cut in March, BMO said.
...
Ontario lost 71,000 jobs last month, the largest monthly drop in more than three decades, Statistics Canada said. The drop pushed the province's unemployment rate up by 0.8 percentage points to eight per cent — its highest level since November 1997.

British Columbia shed 35,000 jobs as its unemployment rate also increased by 0.8 percentage points to 6.1 per cent.

Quebec's employment fell by 26,000 jobs, with all the losses coming in part-time work. The province's unemployment rate rose to 7.7 per cent. January saw large declines in public administration, following gains in December associated with hiring for the provincial election.
Click to expand...

They're always in the last place you look.
R

that's crazy, yet my work is still hiring

Russia lost a trillion rubles, and sold off their Fannie Mae stocks before it made a difference. And who's still in charge?

Путин! is still in charge!

DJs at two leading radio stations have been playing the song, but say they cannot be sure where it came from.

President Putin, who is still riding high in the popularity stakes, is rapidly becoming a highly marketable commodity in Russia.

But the Kremlin is not amused.


I want a man like Putin
One full of strength, who doesn't drink or offend
And who won't run away

"If only I could find a man like Putin," croons the female vocalist of pop band Singing Together.

Fed up with a boyfriend who drinks and fights, she decides it is time for someone new, someone strong and true, like Vladimir Putin.

A Man Like Putin has made the play lists of leading radio stations in Russia.

Dynamite FM disc jockey Ira says the song is proving a real hit with the listeners.


But despite its popularity, the tune is shrouded in mystery.

The record does not appear to be on sale anywhere.

Radio stations do not know where their copy came from.

And the band, too, is a newcomer.

It has all prompted suspicions that the song is official PR.

But what began as spin now appears to have taken on a life of its own.

There are Putin watches, Putin kebabs, and even plans for a Putin tomato.

The Russian president has declared his disapproval of what commentators call his rising cult status.

But like it or not, the Putin label sells, and Putin pop looks like becoming the latest craze.

Is there some kind of French conspiracy?
http://fr.wikipedia.org/wiki/Vladimir_Poutine
B 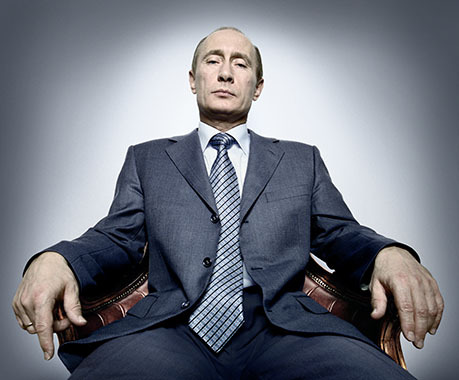 kyfe said:
that's crazy, yet my work is still hiring
Click to expand...

Mine to... and at an extremely fast rate as well...

Bureau of "labor"? That's American then. It's a dramatic graph but it fails to account for overall growth of the workforce from 1990 to now (125 million then to 153 million in 2007 according to the BOLS web site).
R

basilisk said:
Bureau of "labor"? That's American then. It's a dramatic graph but it fails to account for overall growth of the workforce from 1990 to now (125 million then to 153 million in 2007 according to the BOLS web site).
Click to expand...

yes it is only accounting for job losses in the usa.
B

All I meant is that the graph would be much more informative if those losses were expressed as a percentage of the overall workforce.
B

Look what I ran across:
http://www.thenextright.com/chemjeff/debunking-nancys-scary-graph
B

Thats a pretty unpleasant story no matter which way you slice it. We (well they) haven't hit the bottom and we (well they) probably have a year or several years before the number of jobs begins to increase.
Last edited: Feb 22, 2009

Have we looked under the sofa, or between the cushions?
It's very likely that they're there.
F

I_bRAD said:
They're always in the last place you look.
Click to expand...


A fundamental economic shift is “hyper-concentrating” new knowledge-economy jobs in Toronto’s downtown as traditional manufacturing employment evaporates across much of southern Ontario, according to a new report.


The study, funded by the Ontario government, says the lopsided job growth is a permanent change, not a cyclical pattern. It warns Toronto’s transit system will be placed under further strain and argues smaller communities outside the city should seek to attract the jobs of the future, rather than cling to dying industries.
You must log in or register to reply here.
Share:
Twitter Reddit Pinterest Tumblr WhatsApp Email Link
Top