I was introduced to the "blood orange" in the leading footage that begins every "Dexter" episode. It made me kind of curious.

My local grocery store recently had a sale on blood oranges, which, I had never noticed before, I guess. They marketed the fruit with a similar image as the intro to Dexter.

So I bought a wack. "Wack" being an official term for 12. Otherwise known as a "dozen".

Each morning I put one blood orange into my bag which I use to carry my lunch to work.

So on the Monday, which is the first day I work after grocery shopping, I unpeeled the blood orange.

I was quite looking forward to lunch that day, strikingly, the only thing to which I could look forward on a Monday.

I found the... "skin"?... "rind"?... rather thin, compared to a normal, orange orange. And it had blemishes of red about it. Nonetheless it was peeled completely, and I continued to eat it.

The fruit itself was mostly orange, as a normal orange would be. So I was somewhat disappointed. I suppose I was expecting a reddish bleeding mass, like a cow's heart or, well, what they show on Dexter and Zehr's marketing.

Upon dissecting the orange I noticed striking veins of red, backgrounded by orange.

Perhaps if I let them ripen longer then more veins would be pigmented thusly.

And so, I proceeded to peel each lobe and eat it. I noticed a more distinctly pronounced "tangy" taste, as if more ascorbic or citric acid were present. I also noticed the distinct lack of seeds. How do they reproduce this fruit?

Quite acidic but also very sweet, a few coworkers commented that it was "gross".

I have enough for another week and I will buy them again.

I should have read this before posting: 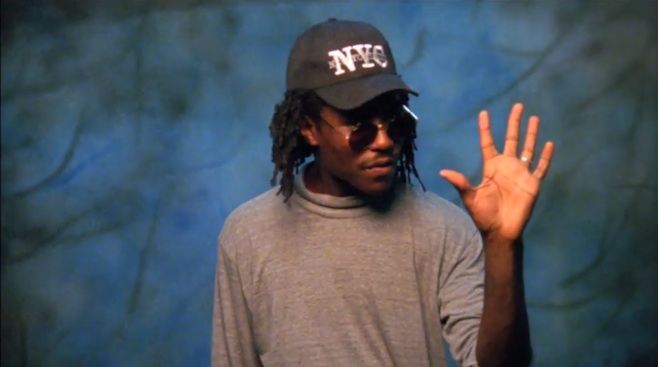 I recall in elementary school, one kid would use the end of the straw from his juice-box as a scalpel and slit the orange segment and turn it inside out. Your story reminded me of this.

Spinsah beat me to the punch.

But seriously, blood oranges are great for negronis and sidecars.
J

Well it has now been a second Monday since I bought the blood oranges.

Maybe the first five were just not as bloody as usual, but today's was a distinct crimson red.

Oh I got a little thrill when I peeled it and I could see it was red inside. And it still tasted great, red or not. Even the juice was red.