Staff member
I am thinking about doing a photography exhibit in 2017 that will display some of my images from the early days of TRIBE and the rave and warehouse party scene in Toronto. It is impossible to pare down my huge collection to a few images that can be framed and hung in a gallery, so I will probably show the photographs on televisions.

I did an exhibit a few years ago using televisions at the Harbourfront Centre for the Beats Breaks and Culture festival using CRT televisions because flat screen LED / LED technology wasn't really available at the time, and also because it had the low tech look that I wanted: 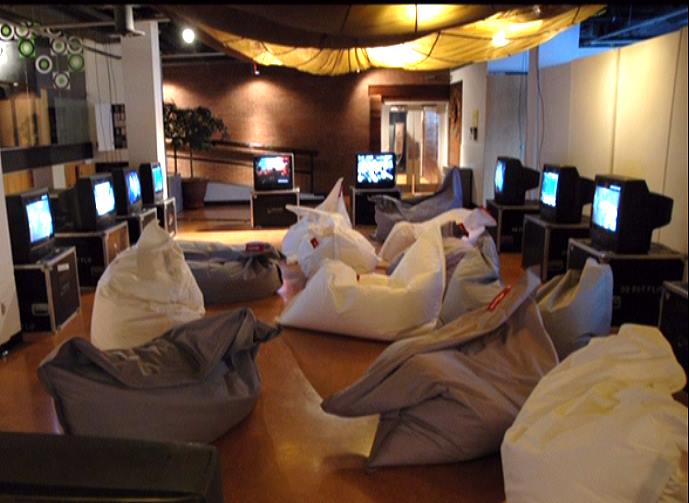 This time however, I want to aim for higher image quality and thus my question about televisions. Since these many thousand images will be scanned with a film scanner from transparency or negative film, I can scan the images to suit, but only up to 5646 x 3654 pixels in house with my Nikon film scanner. This is the full negative scan and does not account for any cropping. With 4k televisions being 3840 x 2160, it does not give me a lot of room for cropping.

So, I guess I am asking, do I need to go 4k for this exhibit? Or should I just stick with HD? What TV brands should I look at for this?

Ummm - i would think resolution is less important than contrast ratio and colour accuracy and how they will hold up in the environment.


LCD panels come with various lighting methods: LCD-LED panels will be the best variants posssible and also have more inherent brightness to help if there is a lot of ambient light.

If they can be calibrated or have good accuracy "out of the box" that would be a bonus - for sure.

Read reviews - some have special coatings and techniques to deal with ambient light and prevent washout - some have viewing angle limitations so they look best only head on.

OLED will be the champ, but probably prohibitively expensive for your needs - these will have the ultimate contrast ratio and really make your colours pop!

Go for an LCD-LED that has the best combination of: deep blacks and great contrast ratio, good accuracy "out of the box" and good viewing angles, hopefully with some combination of brightness/techniques to stand up well in a well-lit environment.