Any other fellow n3rds excited about it as much as I? This series is a drastic remake of the 70's popular scifi show in which walking toasters were fighting blond blue eyed playboys named starbuck etc.

Watched the pilot and first 9 episodes.. such a great show. During the pilot the majority of the human race gets wiped out. The survivors abandon anyone who cannot make it and hyperjump away. Isnt that the best exposition?

Finally a show that is a bit more realistic than some of the mainstream scifi out there. Shot via a fairly minimalist approach, it tries to appear more like a documentary than fiction. The camera shakes, zooms in and out erratically. Women and children can and do die, enemy fire can actually hit friendly craft, most of the laws of physics do hold in space.

There is some philosophy, quite similar to to ghost in the shell (human vs machine, free will vs automaton, spirit and religion)

Our goal is nothing less than the reinvention of the science fiction television series. We take as a given the idea that the traditional space opera, with its stock characters, techno-double-talk, bumpy-headed aliens, thespian histrionics, and empty heroics has run its course and a new approach is required. That approach is to introduce realism into what has heretofore been an aggressively unrealistic genre.

This idea, the presentation of a fantastical situation in naturalistic terms, will permeate every aspect of our series:

Visual. The first thing that will leap out at viewers is the dynamic use of the documentary or cinema verite style. Through the extensive use of hand-held cameras, practical lighting, and functional set design, the battlestar Galactica will feel on every level like a real place.

This shift in tone and look cannot be overemphasized. It is our intention to deliver a show that does not look like any other science fiction series ever produced. A casual viewer should for a moment feel like he or she has accidentally surfed onto a "60 Minutes" documentary piece about life aboard an aircraft carrier until someone starts talking about Cylons and battlestars.

That is not to say we're shooting on videotape under fluorescent lights, but we will be striving for a verisimilitude that is sorely lacking in virtually every other science fiction series ever attempted. We're looking for filmic truth, not manufactured "pretty pictures" or the "way cool" factor.

Perhaps nowhere will this be more surprising than in our visual effects shots. Our ships will be treated like real ships that someone had to go out and film with a real camera. That means no 3-D "hero" shots panning and zooming wildly with the touch of a mousepad. The questions we will ask before every VFX shot are things like: "How did we get this shot? Where is the camera? Who's holding it? Is the cameraman in another spacecraft? Is the camera mounted on the wing?" This philosophy will generate images that will present an audience jaded and bored with the same old "Wow -- it's a CGI shot!" with a different texture and a different cinematic language that will force them to re-evaluate their notions of science fiction.

Another way to challenge the audience visually will be our extensive use of the multi-split screen format. By combining multiple angles during dogfights, for example, we will be able to present an entirely new take on what has become a tired and familiar sequence that has not changed materially since George Lucas established it in the mid 1970s.

Finally, our visual style will also capitalize on the possibilities inherent in the series concept itself to deliver unusual imagery not typically seen in this genre. That is, the inclusion of a variety of civilian ships each of which will have unique properties and visual references that can be in stark contrast to the military life aboard Galactica. For example, we have a vessel in our rag-tag fleet which was designed to be a space-going marketplace or "City Walk" environment. The juxtaposition of this high-gloss, sexy atmosphere against the gritty reality of a story for survival will give us more textures and levels to play than in typical genre fare.

Editorial. Our style will avoid the now clichÃ©d MTV fast-cutting while at the same time foregoing Star Trek's somewhat ponderous and lugubrious "master, two-shot, close-up, close-up, two-shot, back to master" pattern. If there is a model here, it would be vaguely Hitchcockian -- that is, a sense of building suspense and dramatic tension through the use of extending takes and long masters which pull the audience into the reality of the action rather than the distract through the use of ostentatious cutting patterns.

Story. We will eschew the usual stories about parallel universes, time-travel, mind-control, evil twins, God-like powers and all the other clichÃ©s of the genre. Our show is first and foremost a drama. It is about people. Real people that the audience can identify with and become engaged in. It is not a show about hardware or bizarre alien cultures. It is a show about us. It is an allegory for our own society, our own people and it should be immediately recognizable to any member of the audience.

Science. Our spaceships don't make noise because there is no noise in space. Sound will be provided from sources inside the ships -- the whine of an engine audible to the pilot for instance. Our fighters are not airplanes and they will not be shackled by the conventions of WWII dogfights. The speed of light is a law and there will be no moving violations.

And finally, Character. This is perhaps, the biggest departure from the science fiction norm. We do not have "the cocky guy" "the fast-talker" "the brain" "the wacky alien sidekick" or any of the other usual characters who populate a space series. Our characters are living, breathing people with all the emotional complexity and contradictions present in quality dramas like "The West Wing" or "The Sopranos." In this way, we hope to challenge our audience in ways that other genre pieces do not. We want the audience to connect with the characters of Galactica as people. Our characters are not super-heroes. They are not an elite. They are everyday people caught up in a enormous cataclysm and trying to survive it as best they can. 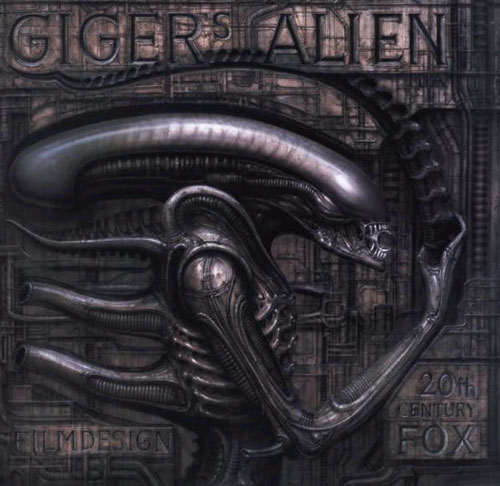 I've watched the first 6-7 episodes, each time hoping it'll actually be good but I've been disappointed.
A

i love this show! the space battles are top notch... i love how there's *some* semblence of integrated real physics... and the acting by olmos and dance-with-wolves girl is excellente!

i love the lighting, too... must have really good light over in vancouver (x-files used to look this good before they moved to LA)...
B

Originally posted by Liquidity
i love this show! the space battles are top notch... i love how there's *some* semblence of integrated real physics... and the acting by olmos and dance-with-wolves girl is excellente!

Babylon 5 had the best "realistic" physics during space battles. Space: Above and Beyond (fuck I miss that show) was pretty close too. I'd say Battlestar is 3rd...still way more believable than Star Trek battles.
T

just from clips you've shown me it looks intense...I did notice a few of Canada's finest in some roles
B

It shows a lot of promise, but hasn't delivered so far. I'll watch a few more episodes before giving up on it completely.

ep10 is up, grab it while it's hot people

so i guess you recognize my location then eh?
frack!
A

Originally posted by koojmak
ep10 is up, grab it while it's hot people
Click to expand...

So I'm watching the new Battlestar Galactica movie on City TV - and it's great. Here's my beef: While I realize that tv stations need to run ads in order to pay for the programming, I see no need for them to be less than 10 minutes apart! Give us a frackin' break! We're trying to watch a movie here!
D

I watched the movie last night too. Not bad! Im probably going to start watching the show from episode 1 next saturday.

I like the dog fighting. Cool camera work.
S

but can i ask you, didn't the way-too-many commercial breaks bug you last night?

Originally posted by air-bag
Watched the pilot and first 9 episodes.. such a great show. During the pilot the majority of the human race gets wiped out. The survivors abandon anyone who cannot make it and hyperjump away. Isnt that the best exposition?

ya saw it last night. i usually like space movies/shows but the way they just ditched everyone and took off really got me down. the scene when apollo's ship was getting ready to jump and you could hear all the pilots over the radio going "I can't believe you're doing this to us!" was pretty heavy.

love this show, watched the 3 hour pilot and all 10 episodes this week, i love downloads, great show, im hooked

I'm definitely going to stick with the series despite mixed feelings about the season so far. Babylon 5's first season was horrible, but sticking with it definitely paid off. Hopefully so will BG.

i never really got into Babylon 5, but i am sticking with this, its the first sci fi show i have seen in a awhile, exempting all manners of TREK that i have enjoyed, as well as Stargate Atlantis and SG- 1, and the new enterprise episodes, i gots me some solid sci fi to watch every week

Originally posted by glych t.anomaly
i never really got into Babylon 5, but i am sticking with this, its the first sci fi show i have seen in a awhile, exempting all manners of TREK that i have enjoyed, as well as Stargate Atlantis and SG- 1, and the new enterprise episodes, i gots me some solid sci fi to watch every week

i never watched Babylon 5 while it was running because I thought a show with anyone who had hair like Londo had to suck big time.

I later caught one episode of season 2 and I was hooked. I ended up watching every episode of every season and probably will end up buying the works on DVD. What a wicked series! And Londo was fucking hilarious - the most cutting sense of humour. I was sorry when it ended....

I saw the new battlestar galactica last year... I think there is another thread about it here somewheres.... I think it shows promise...
B

I later caught one episode of season 2 and I was hooked. I ended up watching every episode of every season and probably will end up buying the works on DVD. What a wicked series! And Londo was fucking hilarious - the most cutting sense of humour. I was sorry when it ended....

The relationship between Londo and G'kar has to be one of the best pairings on TV.

"Ahhh... arrogance and stupidity in the same package. How very efficient of you"
--Londo

"You have that vacant look in your eyes that says, 'Hold my head to your ear and you will hear the sea' "
--Londo

yeh it was kick ass