Basic Instinct 2 is quite possibly the worst film...

Of the year
Of all sequels
Of Sharon Stone's career (which is saying a lot - she made Sliver after all)
and a whole bunch more.

Jesus, what boring garbage this was. I really liked the first Basic Instinct partly because it was so enthusiastically warped in it's faux Hitchcock/Brian De Palma on crack kind of charm it had, but this had nothing to offer. Even the sex scenes seem forced and dull, and didn't really have that loopy, silly stilted dialogue that kind of enhanced how silly the first Basic Instinct was. As preposterous as the first was, it still had a weird kind of charm and energy about it, which this one seriously lacks. I never thought I'd be saying that I miss Joe Esterhaus's screenplay writing.

It's really sad to think that Sharon Stone will be remembered as the chick that flashed her snatch on screen, before anything else, even before her work in Casino w/ Martin Scorcesse.
Last edited: Mar 30, 2006

All this and a member of Mensa too. Genius!
G

She should have checked her ego at the door and worked w/ Cronenberg, or they could have even dug up ol' Paul Verhoeven.

You know you're in trouble when Verhoven turns down the film.

Seriously, this was like watching Basic Instinct 1 done by Masterpeice Theatre.

And David Morrisey often looks at the camera like he's trying to figure out what the cue cards mean.
G

el presidente Highsteppa said:
You know you're in trouble when Verhoven turns down the film.
Click to expand... 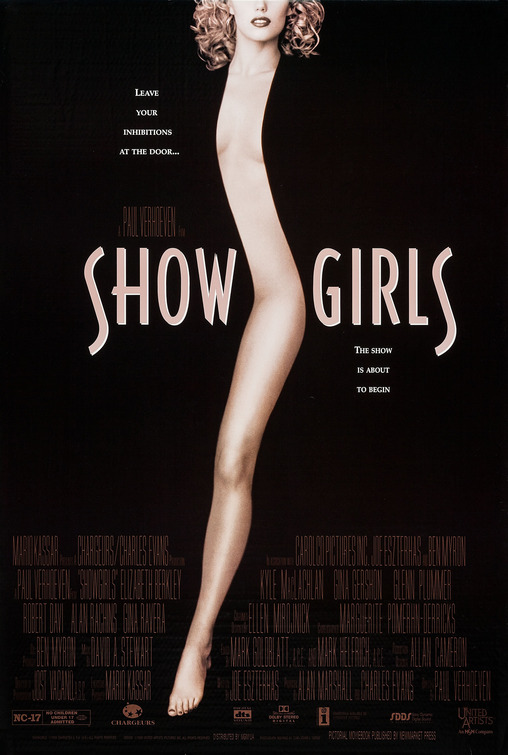 "looks good for her age" pundits, save it. this is one scary woman...

even more frightening is her advice to prepubescent girls:

please take the time to read all entries to the "Sharon Stone Crazy Watch" blog on defamer top to bottom if there are any questions....
http://www.defamer.com/hollywood/sharon-stone/

Aerius Zension said:
All this and a member of Mensa too. Genius!
Click to expand...

I'm a member too..LOL! How scary is that? Means crap... Know 2 ppl, members of mensa selling shoes.. Nothing wrong with that if you're happy. But so many think too much of this group. Truly a bunch of geeks. I'm one, so I can accept that..

My sister is heads and tails brighter than me, but would not be accepted because she has dyslexia... God damn!
H

I'd realllllllly hit it.
T

Basic Instinct was incredible. The sequel, whether made in '98 or '02 or now after all the lawsuits was destined to be cinematic vomit.

i still want to see it, though.

She was kind of sexy on Daily Show last night, in a vapid "I have no personality but lots of sexuality" kind of way.

The movie may suck, but I would love to look like her at her age.
G

So Basically It Stinks ?

el presidente Highsteppa said:
You know you're in trouble when Verhoven turns down the film.
Click to expand...

I might be in the minority but I think Paul Verhoeven is awesomecore. He's the first guy who ever showed up the Razzies to accept an award! I'm even a (reluctant) fan of Joe Eszterhas but yeah, it does say a lot when both don't choose to associate themselves with BI2.
G


dr. claw said:
I might be in the minority but I think Paul Verhoeven is awesomecore. He's the first guy who ever showed up the Razzies to accept an award! I'm even a (reluctant) fan of Joe Eszterhas but yeah, it does say a lot when both don't choose to associate themselves with BI2.
Click to expand...

He is awesome, it is just that some of his awful movies really are terrible!

I for one found my entire code of ethics and philosophy of technology through repeated watchings of Robocop.

i don't think sharon stone is 100% sane... there was a clip of her of when she was in Israel as a representative for the Peres Centre for Peace where she acted really batty...

She told a press conference: "I would kiss just about anybody for peace in the Middle East."
Click to expand...

She may have been offering more than that...

Is this worse than The Specialist? Combined with Mumbles Stallone, the "I Just Need Some Money For The Summer Home" performance of Rod Steiger, James Woods being James Wood and the only big hollywood film Eric Roberts will ever see, could this sequel be any worse than this?

Sharon Stone was in there somewhere.
S

re: "Basic Instinct 2 is quite possibly the worst film..."

aaaaaand you thought it was going to be otherwise because ........


just picking on you, but seriously - i couldn't believe it was even made, the commercials looked stupid, and i even saw sharon stone make a remark on tv about the girl on girl sex scene and her tone was totally bored imo.

there is no way i will see this movie except maybe as a joke or if i'm tied to a chair and forced to watch it.
P

Just the idea of part two to this is being made is a bad idea. However, the worst idea is going to see it.

Staff member
she looked hot in that dress on jon stewart last night though.

I can't watch "Big Love" without seeing Jeanne Tripplehorn getting ass-rogered by Michael Douglas everytime she crinkles her mouth in a certain way...
M

So are you telling me there's no snakes OR planes?

Whatever. All you fuckers who are hating on Stone are the same ones who stay up to watch "Showgirls" on LateGreats when no one's around.

i didnt say i wouldnt fuck her teeth crooked, i said the movie is going to blow ass