Wtf? I guess it was nice of them to notify the public.

a nation looking over its shoulder.
B

it's funny that the most progressive cities in the u.s. is the most targeted. miami anyone?

Sal De Ban said:
it's funny that the most progressive cities in the u.s. is the most targeted. miami anyone?
Click to expand... 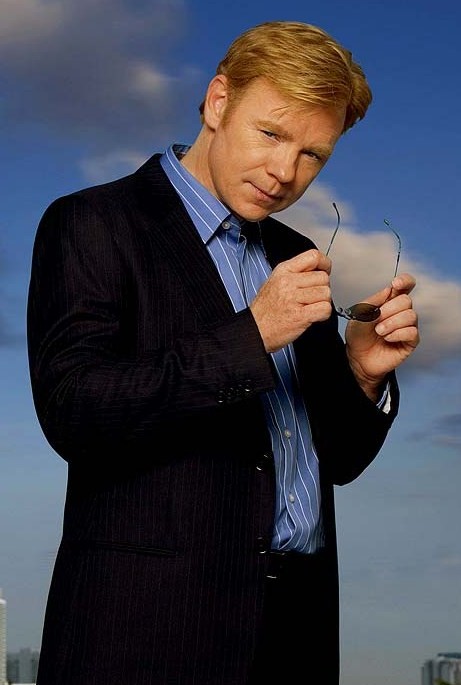 he will stop any attack on Miami.

M'eh. C'mon out here when the farmers that do spray are doing their pesticide runs...I'm sure we're inhaling far more harmful crapola.

or get a gas mask
B

That wasn't the intent. Not complaining in the slightest now. Social death and pesticides are pretty minor problems in the scheme of things, really.
S

he will stop any attack on Miami.

lol. sadly, i think it would be more of Bones' jurisdiction anyway.
M

If that was their attempt at calming the masses, I'd hate to see the original draft.

I'm going to NYC July 11. Will report back on any headaches, twitching, complacency towards shifts in government policy, etc.

Wtf? I guess it was nice of them to notify the public.
Click to expand...

Yeah lol no need to worry about this harmless gas, just disregard the gas MASK on this public notice.

Ah yes, staging a month long "drill"...so now they have 30 days to pull off a false flag attack. I'm betting on July 17.

Well starting w/ oklahoma, the CTers are batting 0 for 4 if you're counting OKC, 9/11, Sandy Hook and Boston...

So track record is not looking good, i'd save your 20 bucks

Blysspluss said:
M'eh. C'mon out here when the farmers that do spray are doing their pesticide runs...I'm sure we're inhaling far more harmful crapola.
Click to expand...

I can't find the youtube video, ofc my memory is foggy, from what I remember the gov was spraying some harmful chemicals all over sudbury/manitoulin area and people were not happy about this. The vid that I watched, was about people becoming sick due to these sprayings.


This article COULD BE what I'm taking about, I'm not sure.

It's fucked up either way, what the fuck are they spraying into the subway system?

Ah, here we go. Still not EXACTLY what I was talking about, but whatever.

A retired Ontario Hydro worker in Sudbury says a new report looking at the impact of the chemical 2,4,5-T is too little, too late.

The report was released yesterday by an independent panel established by the province in 2011.

The chemical is used in the herbicide know as Agent Orange — and hundreds of provincial employees were exposed to unsafe levels of the chemical between the 1950s and 1970s.

The report still did not prove that a worker's illness was caused by the chemical exposure, however.

Those employees worked for the Ministries of Natural Resources and Transportation and Ontario Hydro.

One retired Hydro employee, 78-year-old Daniel Crawford, says he has seen several of his friends and former work colleagues die of prostate cancer.

Crawford has the disease himself, and blames the four decades he spent working in the forestry division of Ontario Hydro, when his job involved spraying 2,4,5-T to clear brush.

He thought this report would never came out, he said. And now that it has, it's too late.

"It's not going to change my life because I've already been through it and some of the affects were not good for me.”

“It's too vague. I don't think there's any responsibility taken — yet. All that was said was that he was sorry it happened, but that's it."

Panel chair Dr. Leonard Ritter defended the decision not to make a direct link between exposure to the chemical and cancer or other illnesses.

"The risk assessment only indicates that an acceptable margin of safety has been exceeded based on the methodology we used for certain occupationally-exposed groups, and that their health could have been affected, but not necessarily so," he said.

"The panel concluded that the risk of disease due to bystander exposure to 2,4,5-T would be very low."

The provincial workers weren't the largest group exposed to the highly toxic herbicide, but the panel's mandate was limited in scope, added Ritter.

"Most use of the herbicide in Ontario was not by the government of Ontario but rather by private and municipal users," he said.

"The assessment of these non-government uses was beyond the panels' scope and not included in the evaluations."

Close to 400 WSIB cases
Brown Parker said she'd like to see former employees tested and have the government help with medical bills.

Natural Resources Minister David Orazetti said people who think they may have gotten ill because of their exposure to the herbicide should contact the Workplace Safety and Insurance Board to file a claim.

But he warned they will need medical evidence to prove their illness came from exposure to 2,4,5-T.

Critics point out the WSIB has nearly 400 open cases from workers who claim the herbicide is to blame for their cancer, and say the report merely gives the agency and the government more time to drag their feet.

Crawford said the WSIB told him they were waiting for this report.

"So it would sound like they would be able to move forward at this point, but who knows.”

At the very least, Crawford said he hopes the report will teach future generations to think twice about the chemicals they're using in the workplace.
Click to expand...

An independent panel named by Ontario's Natural Resources Ministry to investigate the province's use of Agent Orange has concluded workers with three government agencies were exposed to unsafe levels of the herbicide.

The panel was announced by the government in 2011 after former forestry and hydro workers said they had been exposed to the toxic herbicide 2,4,5-T — a dioxin-laced component of Agent Orange.

Chaired by Dr. Leonard Ritter, a University of Guelph toxicology professor and expert, the five-member expert panel was handed more than 45,000 government files in some way linked to Agent Orange.

Ritter said the panel concluded that Agent Orange exposure "substantially exceeded safe levels" for Ontario Hydro, the Ministry of Natural Resources and the Ministry of Transportation workers involved in mixing, loading and applying the herbicide.

The number of workers would have been in the hundreds, and "often it was the same groups that applied across various sites," said Ritter, adding that applications by the three agencies accounted for roughly 90 per cent of cases.

The herbicide was used by Ontario hydro officials to clear power line corridors across the province.

“Some of those populations exceeded the [exposure] thresholds that we had established by six or seven hundred fold," he said.

The government has said it was clear Agent Orange was "very widely used" for more than three decades.

"We are sincerely sorry that some workers may have been exposed to 2,4,5-T in the years leading up to 1980," said Ontario Minister of Natural Resources David Orazietti on Thursday.

Model assessments
All of the panel's predicted exposure levels were not based on data on historical levels, because none was ever collected, but model assessments created by the panel.

"We may have overestimated some risks, but we’re confident we did not underestimate them," Ritter said, noting that the models cannot definitively determine if exposure led to increased health risks.

'We may have overestimated some risks, but we’re confident we did not underestimate them.'
—Dr. Leonard Ritter

The herbicide 2,4,5-T wasn't banned by the Ontario government until 1979, and six years later by the federal government.

Ritter said the highest levels of Agent Orange were used by municipalities, rather than the provinces and its agencies, but the panel did not study those results.

Orazietti said the government would be reviewing the report and examining "what additional steps we can take."
Click to expand...