Animal-free meat - around the corner. Vegan Carnivores could exist!

Bruce Friedrich, 46, is the executive director of the Good Food Institute and managing trustee of New Crop Capital, which both promote restructuring the meat industry away from animal slaughter. He lives in Washington.

Would you call yourself an activist?

Is there another term you would use?

I’m a nonprofit executive. And a venture capitalist. New Crop Capital is focused on finding the companies that we believe will be maximally transformative, away from animal agriculture and toward plant-based and clean alternatives.

Are all of the companies you focus on in the creating, like in the lab?

We have invested in a few companies that are focused on meat and collagen that are cultured. At commercialization it will look like a beer brewery, but it will be for meat. So a meat brewery.

You refer to it as meat? You don’t use quotation marks or anything?

It’s meat. It’s the exact same thing, just grown in a different way. It’s cleaner, safer, transparent. There are tens of millions of illnesses from contaminated meat annually, thousands of people die. All of that goes away. At scale, it will be cheaper than beef, because it’s so much more efficient.

How’d you get here?

I ran a homeless shelter in D.C. as part of the Catholic Worker movement for six years. I came when I was 20. Mitch Snyder [at] the Community for Creative Non-Violence just opened my eyes. I knew about global poverty, but I didn’t really have the sense of what to do about it. And Mitch said, “This is an urgent situation — all of you need to join in the struggle to make things better for the poor.” And that really spoke to me. So I came to Washington, D.C., and he killed himself that summer , before I got there.

Do you consider your work now helping global hunger as well?

Because relying on people’s ethics is …

I Googled you. You streaked the queen [for PETA]!

I had GoVeg.com written on my body. The Times of London reported “it is not known whether her majesty was forced to avert her eyes.” That is very close to a direct quote.

You’re much more committed than most people are to causes they think are good.

And there’s a degree to which that’s alienating, right? We’re trying to normalize what we’re doing and relate to people in a way that is not making people feel bad for the choices they’re making.

So you’d rather be perceived as not an activist.

You’re not an activist.

Unfortunately there is a large crossover of Vegan/Anti-GMO and they will see that this comes from a Lab and reject it.

Incidentally found this on site, Vegan GMO, they exist:

Vegan GMO – Vegan GMO advocates for a rational approach toward biotechnology in the ongoing struggle for animal justice.

Vegan GMO advocates for a rational approach toward biotechnology in the ongoing struggle for animal justice.

The need to defend the truth about technology has never been more urgent than now. Compassion and critical thinking are foundational components of the vegan philosophy. GMO technology increases our toolbox of options for addressing problems of suffering throughout the world. We are “pro-GMO” for these following reasons:

We understand the concerns some vegans may have and hope you will join us in exploring the vast opportunities biotechnology can improve the lives of all.

Wiseman said:
Unfortunately there is a large crossover of Vegan/Anti-GMO and they will see that this comes from a Lab and reject it.
Click to expand...

Actually I think the real obstacle won't be vegans, of which there are few anyway - in terms of numbers the real problem will be Carnivore Luddites, people like The French who will insist farm raised beef "tastes better" and who imbue the source of meat with a religious significance, and that this is the only "pure" way to eat meat.

In Italy I learned that almost all wine is not vegan, based on the filtration systems that they use. Smaller batch stuff, or things that are directly labelled vegan are the only wines that are truly vegan.

When I would eat vegan for a weekend due to my ex, I would just feel like something is missing. The funny thing is, I think it re-affirmed my requirement for eggs / diary / cheese / milk / meat / fish. I can understand why someone wants to eat vegetarian or vegan, and I think it's great that they're creating new forms of food that match existing things, like cheese, eggs, and milk.

Having said that, if you have two chefs competing for top spot on the world stage, they will not limit themselves to just gmo vegan food unless it either matches existing meat from raw form to cooked form 100%, or if it's even better, because food critics and other chefs as extremely particular when it comes to food.

Almost all cheese is derived from GMO rennet!

Why Do People Want Veggie Burgers That Bleed? - Eater

You never hear about vegan cave people do you?
S

lol this is good trolling by Antler.

All the original posts from vegans have been taken down because they were getting trashed. lol 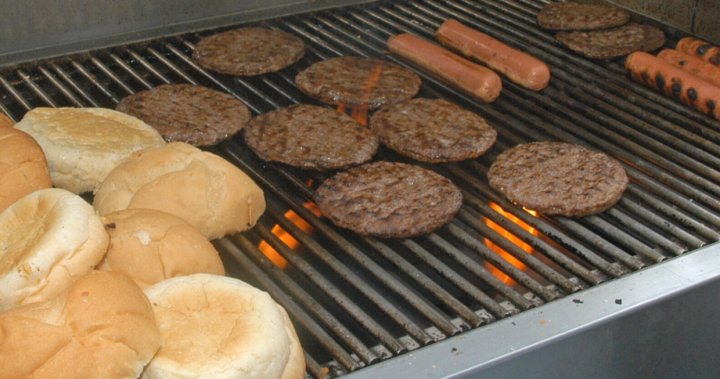 Approximately 9000 people have responded that they're interested in attending the planned BBQ.