videotronic said:
Remind me to ask you who you like in the Super Bowl next year so I can hammer the other team
Click to expand...

I admit I was surprised Kimmel went as far as he did. Amazing he actually got ROFO to stand next to a reel of videos. Good for him.

I'm not sure if it actually hurt ROFO though. He handled himself pretty well. If anything Doug's comments afterwards and today are doing more damage.

The reason Ford is framing this visit as promoting Toronto even though it doesn't really look like he did anything meaningful in that regard is he brought Staffers with him. Even if the Fords and Kimmel paid for the trip the fact they were there on a work day means City resources were used on the trip. If there was no City Promoting then this was a campaign stop.

They could have taken a vacation day to circumvent the fact that it was on a Monday, though who knows if that's the case.
B

i was quite puzzle by his telling Jimmy that "he was the boss", and waving to the crowd in the audience in Burbank, California that they were his tax payers.

this L.A. trip ( to promote Toronto, yeah ) was just one last outside Canadian trip for him to let loose without that nagging bitchy wife of his there before the large marge charges are laid. he won't be flying anywhere after that. 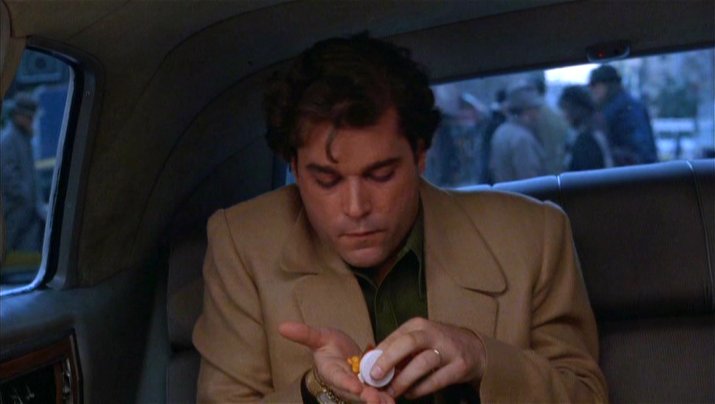 Doug's on City TV saying they've got one of the top IT guys running Rob's website.
it crashed after the Kimmel show.

You know what annoys me most about that article? I hate the picture of the business card with gold lettering. He took such a great design and ruined it with a tacky, ostentatious foil. It is symbolic of the total desecration that man has brought this city.

Wiseman said:
I'm not sure if it actually hurt ROFO though. He handled himself pretty well. If anything Doug's comments afterwards and today are doing more damage.

I don't know. I think it pissed off a lot of 'folks'. At least those who are sane but hadn't really thought about it. Putting himself in the global light will do that. Won't change the insanity of ford nation though. Ford More Years?? How about 'Ford More Lies'..
K

There won't be any charges laid

Get that idea off the table.

Sun declared Kimmel appearance a "victory for Ford" before ever having seen it | NOW Magazine
Joe Warmington is such a fuck up.

If someone on page 1 said after 400 pages, Ford's going to end up on Jimmy Kimmel, I would have said they're on crack.

ndrwrld said:
Sun declared Kimmel appearance a "victory for Ford" before ever having seen it | NOW Magazine
Joe Warmington is such a fuck up.
Click to expand...

Like I said, he's trying to become a PR guy for the Ford brothers. Things must be extraordinarily shitty at The Sun if he's hooking up to their wagon. That, and last week they sold their front page to Diamond and Diamond lawyers.
S

I wonder if we'll also find out that Doug lied when he said he never met Lisi.
R

Jennifer Pagliaro ‏@jpags 6m
Star's Kevin Donovan, who is in court, says 50 pages of new police document on Ford/Lisi could be released as early as March 19. Story soon.

I knew he was a dirtbag but this is insane. Brazen indeed.

Interesting to note that Ford's relationship with Lisi strengthened around the same time Scott MacIntyre went to jail for threatening. Could it be that SM was the family drug dealer, and once he was out of the picture, Lisi took over?

As discussed in our recent phone call, I am writing to make a formal request that the Ontario Provincial Police assume an oversight role with respect to Project Brazen 2. As you are aware, Project Brazen 2 arose from the Toronto Police Service’s year-long Project Traveller, focusing on organized crime, violence, guns and drugs.

I am taking this step to avoid the distractions that have assumed such recent prominence. The only public interest here is the continued investigation, without fear or favour, into evidence of possible criminality.

all it means is the police chief has admitted behind closed doors that there is a conflict of interest in him being part of the investigation. He is just protecting himself.

no big deal happens all the time.

Hopefully it's so the OPP can bring him in?
R

agentRC4 said:
no big deal happens all the time.
Click to expand...

I think it is actually quite significant.

It is a tell that the TPS have something significant on Ford, and want to make sure all of their i's are dotted and t's are crossed before making an arrest.

Unless I read the release wrong, I'm pretty sure this was the reason.

“The Fords have been taking shots at Chief Blair,” the source said. “Now Chief Blair has been replaced by OPP Commissioner Chris Lewis and this will avoid all of those problems.”
Click to expand...

TPS funding comes from City Council, so i think that's also a part of it.
Maybe also jurisdictional matters ( out of Toronto boundaries, etc ).
Good on Blair to finally distance himself from the name slinging.
R

Yes, that is the reason stated that they are transferring oversight over.

It also closes any conspiracy loophole for Ford to use when he is arrested. If the methods and findings are confirmed by two levels of police, charges are more likely to hold water.

If they didn't find anything, why turn it over?