Safe to say, the folks from the Toronto Star who have reportedly seen the video, have basically put their careers on the line here.

I'm not gonna lie. I don't think Ford has a drug problem.....BUT IF YOU ARE DUMB ENOUGH TO GET CAUGHT ON CELL PHONE DOING SOMETHING LIKE THIS.....

Crackstarter is raising over $1000 per hour. At this rate they will meet their target. I could see the donation rate increasing as they get closer to the $200k.
J

Like any drug use, moderation and harm reduction are important.

Though, apparently and obviously, there is a massive social stigma against "crack", it's really not that much further than regular soft cocaine and, except for the price, I don't think it would be disruptive for many people's work environment. In fact, probably many more people than you expect have had a hoot of crack once in a while and nonetheless are responsible, productive people. Done in private, on occasion, without addiction, well it's much like an expensive coffee session.

That being said, smoking cocaine is difficult to do without forming an addiction. Not citing any clinical trials but from personal experience I'd put it higher than cigarettes, which is pretty high.

Now, I'm no friend of Rob Ford, and I can't believe the electorate body brought him to power, but his ineptitude is not based on the fact that he may or may not smoke cocaine and drink heavily. There are plenty of heavy drinking drug users who are intelligensia and would be perfectly fit to be mayor of a great city like Toronto. No, rather, his problems are that he's just not smart enough for the job.

Luckily I live in a city founded by Germans, who can never do wrong.

Long the epitome of a humane, prosperous, diverse, caring city, Toronto has at long last captured the world’s attention – but not in the way that anyone would want. Mayor Rob Ford’s latest scandal has drawn headlines in the New York Times, New York Magazine, and Vanity Fair, making him the butt of jokes on talk shows like Real Time with Bill Maher, and even on the sports network ESPN.

And no, it’s not going away. “Like most Americans, one of the few things I know about Canada is that it’s supposed to be better than us. It’s an almost unbearably functional place, what with its non-collapsed banking system and strongly growing economy and harmonious, cosmopolitan society (Quebec excepted),” wrote Josh Barro of Bloomberg News. “But I have bad news for you, Canada: Americans have learned about Rob Ford, and we’ll have no more of your smug superiority.” The collateral damage to the city’s once-vaunted reputation will sting for years to come.
Click to expand...

I don't even care whether the video is fake or not. To say that his camp has handled this situation horribly is an understatement. I can't even blame Ford because our numbnut city voted him in, and continues to deny he has serious issues even with them staring us in the face.

The guy needs help- serious help- getting him out of office will benefit him as much as the city.
S

Ho||yw0oD said:
I could see the donation rate increasing as they get closer to the $200k.
Click to expand...

Maybe when they get to $185k or something. It'll be really tough between $100k-$180k, all depends on how much they promote it. I think by Wednesday or Thursday the news will cool off and the donations will really slow down.

SneakyPete said:
Maybe when they get to $185k or something. It'll be really tough between $100k-$180k, all depends on how much they promote it. I think by Wednesday or Thursday the news will cool off and the donations will really slow down.

Gawker should've haggled with the drug dealer more. I think there's a chance if it was $150k. There's no wa the drug dealer will get more than $150k anywhere else.
Click to expand...

News cycles are really short these days. The rest of the world will have forgotten about this story by Wednesday (if they haven't already) and I have a sneaking suspicion that most of Canada outside of Toronto is relishing these Ford debacles and wants them to continue.

I think the video will be worth less and less as the story ages.

I haven't been in this thread a while so forgive me if it's been said - but the real scary thing and the real reason this should boot him - INSTANTLY - out of office, is that a mayor w/ such poor judgment can very easily put public policy in jeopardy. The drug use is secondary and not really the point.

What if someone bought the tape that had an agenda before the city, and pressed Rob Ford to go a certain way or else the tape would be revealed?

You gotta get rid of someone immediately, whenever there's a sniff of that shit - its dangerous to have people in authority that can be easily blackmailed, that is like a huge source of corruption.
M

tripleup said:
You are such a bore these days Sunny.
Click to expand...

I know. I should probably do some crack and liven things up.
M

Yes, and we elect people to a system that deals with this kinda thing. The public are morons. Newsflash.
D 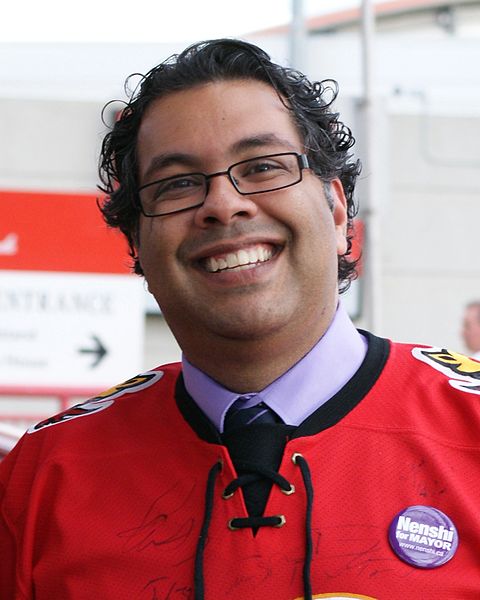 Ya lets do a trade
D

SneakyPete said:
Maybe when they get to $185k or something. It'll be really tough between $100k-$180k, all depends on how much they promote it. I think by Wednesday or Thursday the news will cool off and the donations will really slow down.

Gawker should've haggled with the drug dealer more. I think there's a chance if it was $150k. There's no wa the drug dealer will get more than $150k anywhere else.
Click to expand...

You're right... it has actually slowed down a bit already.
D

what I like about Nenshi so much besides that he is Harvard educated is that he blows the stereotypes of Calgary out of the water. Born and raised in Calgary, well-spoken, caring.

He truly is a diamond in the rough.

Staff member
City Council is holding a debate on the casino tomorrow, even though Ford says the casino is now a no-go, Council actually wants to vote no on the record. But I wouldn't at all be surprised if City Council ends up voting to approve the casino by the end of the day anyway, if the transit funding debate and votes are any indication of their competence.... Ha!
C

alexd said:
The Ford family probably bought the video to keep it quiet and are going to wait until this blows over. If no video is released I can see this story dying off once another big story hits the news cycle and flushes it out.
Click to expand...

Nah, everyone knows the business acumen of Somali drug dealers is beyond reproach, thus they will wait for the best possible offer.

Team Ford is preparing to make a statement that they are questioning the legality of the Crackstarter. They say it's illegal because it's feeling like extortion.

Ah! Streisand Effect will guarantee the crackstarter goes over the top! Just the bump it needs since it was slowing down lol...

Read in the Globe today that the city basically has no recourse for what to do with Ford.

Even if Council overwhelmingly wanted to vote to have him removed, they couldn't.

Unless he is incarcerated or misses a vast amount of time at council or he's convicted in (another) conflict of interest case - we are stuck with him until late next year.

He seems far to stubborn to ever resign either.

What if he gets convicted of solicitation of a prostitute?

Bernnie Federko said:
What if he gets convicted of solicitation of a prostitute?
Click to expand...

It only adds to his charm!
S

oh hello everyone - what did i miss on the weekend?

Hey, we all know she's a pain in the ass and execrable at times, but her plea to her publishers to pony up was well-reasoned.

True enough, 5 days later and no other outlets have seemingly done any independent digging, it seems. They're just sitting back lazily or contentedly and framing the narrative the way Ford Nation wants: Star vs. Ford.

Still, not sure she's persuaded me. Obviously I'd watch the video (don't really believe it's doctored but the notion that he'd want to talk about Justin Trudeau while getting high isn't 100 per cent passing smell test to me).

As someone who works in the media, it's kind of depressing. The whole operating principle for, oh, a century in a half is that readers/consumers trust credible people to interpret events for you because a) you're busy and don't have the means, b) you may not have the expertise to interpret/extrapolate. We more or less believe reporters when they're filing dispatches without video from around the world ...