Here is the SETLIST from the Open'er Festival Gdynia Poland via Roddy Bottum....

Falling to Pieces
Matador
We Care a Lot

Falling to pieces and Crab Song!

So three new songs were introduced on the these mini come back tours.

Hopefully a new FNM album is on the horizon.

Their single Motherfucker will be released as 7 inch on November 28.
5000 copies.
B side is Motherfucker remix by J.G. Thirlwell.

^^ this has been the source of happiness for me today w00t

How far along are you into the new record?
We're actually pretty far into it.

Does the record have a name yet?
No, no, we're not there yet. We're just comfortable talking about the fact that we're making one. [Laughs.]

How long have you been playing with the idea?
We've been working on this idea for probably a year and a half. We live in different cities and all have other things going on, so it's a matter of checking in and focusing and working little by little.

What would you say the new stuff sounds like?
I mean... [Laughs.] What I can say is that I think through our experience as musicians over the years, I think what we're doing reflects where we've gone since we made our last record as Faith No More. I think this kicks things up a notch. And I think there's parts that are very powerful and there's parts that have a lot of "space." Everything we do, with our chemistry, the way we play; it's always going to sound like us. It's just what we do, that makes us feel good. Hopefully it doesn't sound like a bunch of 50-year-old men... which we are! [Laughs.]

What would you say is the defining feature of the material you're working on now?
If I can give it an adjective? There's going to be a lot of space and scope — big, big sound-stage space — but I also think there's gonna be a lot of those things that we already have. All I can say is what we're doing just feels right.

What are some of the things that you guys have picked up in the last 17 years that you bring to a session now?
We play better. When we got back together to do those reunion shows, we were in rehearsal and we all play the songs better; we're better musicians. That was a huge deal. Songs that we were really pushing when we wrote them came pretty easily.

When was your contract up?
I think that we were officially free from it as of four or five months ago. We wrote a letter saying that we consider that we're free and clear from our obligations and they confirmed it.

No shit?
Yeah. So that was a big deal. Back in the day, we were a weird band that had to tour a lot. We were constantly fighting to get our label's attention and to get behind us. We toured a lot, and in some ways, I think we're a little shell-shocked from that, even still — 17 years later. When we had these songs and we were working on stuff, and we're trying to be creative and be a real band, there was always this thing over our head like, "Yeah, but are we going to get cut into this meat grinder again?" And there's just something really freeing about knowing that we can make our own decisions… I can't imagine doing it any other way right now.

It's more independent than the records you made in 1985!
Yeah, it's weird and interesting... It's really empowering to say, "Wow, it's our clock; we're doing it on our own time. There is no budget, there is no timeframe — it just has to be good." It's such a pleasure to be working like that.

Are there influences that are coming in from bands that weren't around 17 years ago?
Oh, yeah. Justin Bieber — I don't even know how old Justin Bieber was when we were playing last time — and now, he's a major influence. [Laughs.] We didn't even have the vocoder effect back then. It's amazing how technology is moving forward.

I wouldn't put it past you guys, honestly.
You shouldn't. [Laughs.] A little word of advice: Don't…

Are there younger, newer movements that are influencing you?
I'm only going to answer for myself. I've really gotten into a lot of things, stuff outside the country: Balkan-influenced stuff, stuff that goes outside Western ways of thinking about music that can be really powerful, but not in ways that are tried-and-true rock & roll ways? For example, there's this Bulgarian guy Ferus Mustafov who does this crazy shit; there's no rock & roll in it at all. But there are just things that he does. Musicians are musicians; there's just certain ways that they attack what they do that you key off of that.

In 1992, you guys were a square peg, you didn't fit into Headbanger's Ball, you didn't exactly fit into 120 Minutes... Where do you guys fit in now?
It's like a hexagonal peg now. [Laughs] In a lot of ways, it's really more of a challenge. But we can't think of it like that; we think we've got something good and that's about as far as we can control it. And actually, it's really interesting for us because it was always a struggle back in the day when we were playing and making music — it felt like we were never really getting it over the net with people. To where, here it is 15 years later, people actually want to hear what we do and the stuff we did actually lasted. And, to me, that's it — that means we succeeded [and] that's totally great. And that's the thing that makes us want to do it again.

Hopefully they sneak a Toronto date in there.

Er mer gerd looks like Fantomas is back too! Dec 6th Rockout Fest in Chile. Not surprised Patton is a god down there. Wow!

1.Motherfucker
2.As The Worms Turns
3.Spirit
4. Ashes To Ashes
5.Superhero 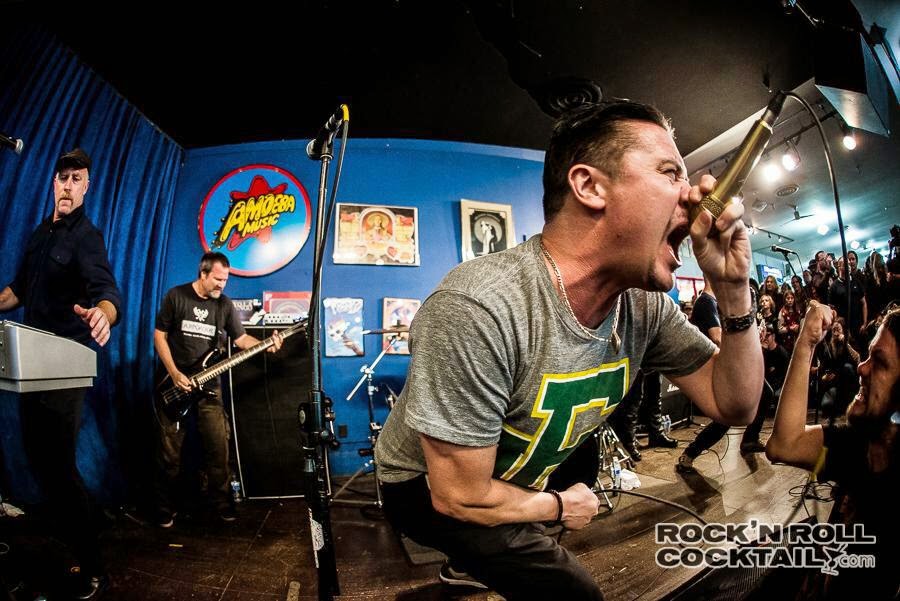 1.Motherfucker
2.As The Worms Turns
3.Spirit
4. Ashes To Ashes
5.Superhero
Click to expand...

Not too keen on the title track, don't mind the chorus - hope the rest of the new stuff is a bit heavier.

Rage said:
Not too keen on the title track, don't mind the chorus - hope the rest of the new stuff is a bit heavier.
Click to expand...

Pretty sure Matador and Superhero will be on the new album. Matador is a little mellow but Superhero is pretty heavy. Plus Motherfucker is just a tease until the album comes out.

From an interview Billy Gould did in R.S.

According to Rolling Stone, “Motherfucker” was self-produced by bassist Bill Gould, recorded in the band’s Oakland, California rehearsal space, and encapsulates the overall mindset of the band in 2014. “It feels apt that the first track we’re releasing is ‘Motherfucker,’ a song about accountability,” Gould told Rolling Stone. “Basically we’ve created, recorded and mixed a new body of work by ourselves and we’re releasing it on our own label. It’s a huge deal for us to only have ourselves to answer to at this point in our career and the song is about that, where the buck stops via the basic imagery of foie gras production, bondage … y’know, stuff like that.”

AWWWW YEAH SO FUCKEN THERE!!! 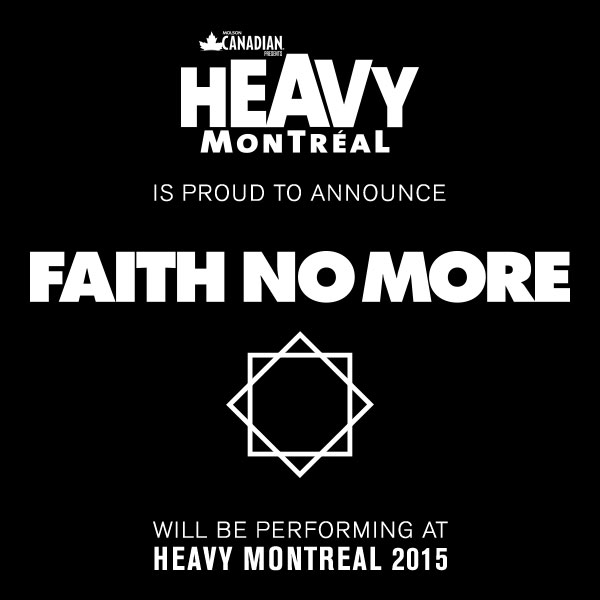 I think it will be the only Canadian date.

dabeats said:
Oh my god so happy I was wrong!!!

Awesome! I've never seen a concert at the Sony centre, will people be standing or sitting? I hope standing, you can't sit and see FNM!

Littlest Hobo said:
Awesome! I've never seen a concert at the Sony centre, will people be standing or sitting? I hope standing, you can't sit and see FNM!
Click to expand...

Tickets acquired! They are going FAST!

Where ya sitting LH?

dabeats said:
Where ya sitting LH?
Click to expand...

Mezz AA centre. Not bad, kept getting kicked out of TM but better here than back of floor. What about you?
S