That show choked by PVR to near death.

sheik rock said:
The worst part is, every girl I know who likes fantasy would way rather watch manly bearded guy than a twink who won't put a shirt on. Who were they trying to appeal to?
Click to expand...

LOL. Well I could do without the beard, but bring on a nicely proportioned manly male.

My roomie, a fantasy fan as well, called me from s'toon during the holidays to tell me about this show. He liked it and was burning them so I could see it when he got home. I was thrilled.... until I went online and saw the pics of the lead. He is not the Richard Rahl I envisioned. My roomie is gay, but he usually isn't into twinks so I am confused.

I still haven't watched it and don't know if I will have the stomach for it. Do admit, the girl playing Kahlan is beautiful. A good choice there, but him? ugh.
S 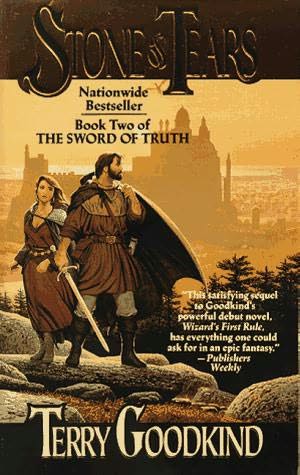 This was the cover my copy had. Guess it stuck with me.

^ I have that too . Actually, that's not a bad looking beard as beards go. Most guys just can't pull it off as well as that pic.
C

I saw these Goodkind books while I was scouring Chapters yesterday for ASOS & AFFC. Are they any good?

I loved this series as a kid: 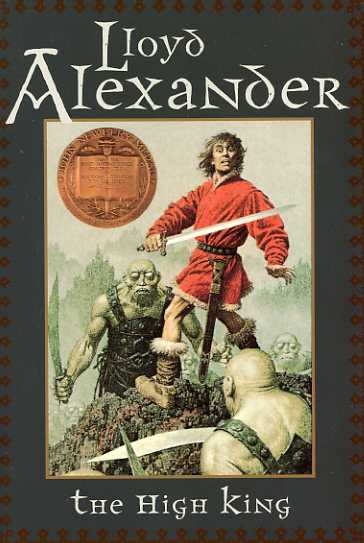 praktik said:
To be honest I really liked the pacing of the first one. What I found toughest were the names - there were so many! And people had their house name AND their nicknames you had to remember ("The Mountain that Rides", "The Hound", etc)...
Click to expand...

The worst for names is Steven Erikson's Malazan Book of the Fallen series. sooooo many names, argh. even the dramatis personnae at the start barely helps.

Is there any word on Robert Jordan's last? I know people were taking up the reigns, but is there a timeline?

^ I didn't know someone was going to finish it. That would be nice as I was really pissed that it didn't end. Although, I think I was more pissed that I rode that whole series through with the constant 'hair pulling' etc., with no end in sight.

I think there should be a rule (and no offense to the authors or their age), that if you are getting a little long in the tooth, end the bloody series already.

That being said, I still appreciate their talent and mourn their passing.
S

bkxb said:
The worst for names is Steven Erikson's Malazan Book of the Fallen series. sooooo many names, argh. even the dramatis personnae at the start barely helps.

Is there any word on Robert Jordan's last? I know people were taking up the reigns, but is there a timeline?
Click to expand...

The fact none of the characters have any personality doesn't help. Has to be the worst written book I have read in a long time.

Colm said:
I saw these Goodkind books while I was scouring Chapters yesterday for ASOS & AFFC. Are they any good?

I loved this series as a kid:

for me it was all about 'choose your own adventure' and any 'dr who' books i could get my hands on. i kinda liked piers anthony too. it's been so long i vaguely remember any of these works with any great detail.
E

bkxb said:
Is there any word on Robert Jordan's last? I know people were taking up the reigns, but is there a timeline?
Click to expand...

When will it be published?
The manuscript for A Memory of Light is expected to be completed by December, 2008. From there it will undergo further editing and preparation. It is currently expected to be published in the Fall of 2009. If this timeframe changes, we will report it here on the website.
Click to expand...

I don't even remember the beard and I have that cover too.

Definitely not the rahl I was picturing though and zedd drives me batty. It's all about Kalahn and how much they'll make it jump the shark.
E

I remember the beard because:

SPOILER (for those who haven't read the book)

The scene where he reveals to Zedd that he knows Subtractive Magic he first grows himself a beard then shaves it away with magic.

Highlight to read.
B

Wow, it'll be the end of quite an epic series. It definitely had its low points (friggin' Mat and his caravan crap), but I must've pounded through six or seven books in a consecutively, with some of the most exciting fantasy scenes ever.

I even dished out $40 for a hardcover copy of Winter's Night, when I went to go hear Robert Jordan read at OISE a few years ago. Of course, the fat bastard arrived late, spent about five minutes talking (literally to clarify the pronunciation of names, "it's NyNAEve", and got on to the book signing.

And yes, Malazan is starting to bore the shits out of me. I wonder if Mieville's releasing any new stuff?

yes he is - saw something for this year!

I agree Malazan got a bit boring as you get past 4th book - but there's always a payoff... at least there was for me. I still really dig the world and like being there even if the storytelling isn't as engaging as it was say, on the Chain of Dogs - or following the Pannion Domin...
D

I wasn't very impressed with Erickson's newest - Toll the Hounds. I love the series (for the most part) until now. It was the storytelling style that he chose that I couldn't get into - he tells it from the viewpoint of Kruppe so the wording is fairly contrived. If he ever tells a whole story from the viewpoint of Iskaral Pust, Erikson will be dead to me!

That said, I still like world he writes in and many of the characters. I like the magic, the Sole Taken, the Diivers, the Claw, the History, etc., so I'm in for the long haul for the most part. The only issue is, most of the most engaging characters are dead now. Of course, no one stays dead long in his books...

If Erikson could just cut out about 10-15% of the filler in each of his books, they'd be all the more enjoyable to read.

Anyone ever read any of "The Black Company" books by Glen Cook? I find them cleaner and better paced than the Malazan Books of the Fallen, but not nearly as detailed/rich a world (and maybe that's both a boon and a bane to the Malazan books - too much to do each thing well)

I too saw the travesty that is the "Legend of the Seeker". It's like Hercules with Kevin Sorbo except *without* Kevin Sorbo! I really enjoyed the first few books of that series as well, but then, I feel (like many long winded series) it lost the plot. Or at least I did.

I've got to stop buying into any series longer than 3 books! LOL. I think people are getting a bit too caught up in the more is more theory. I mean, look what Tolkien managed with just 4 books!

It's clear to me that Richard is a fantasy revisioning Terry Goodkind has of himself:

I have the first Runelord book but never actually got into it, just liked the cover lol.

Ya i'm digging the "endowments" form of magic. Cool shit! You didnt read it yet or it just didnt grab you quickly enough?
H

I haven't read it yet because it didnt grab me quickly enough. To be fair I think I got distracted by some other books at that time too so I just never went back to it.

I thought that book seemed awesome for the first 50 or so pages, it takes a really weak turn about halfway through the book though, and turned me off the series.

Jim Butcher's "The Dreseden Files" series has given me faith in the Fantasy genre all over again.

Eclectic said:
Jim Butcher's "The Dreseden Files" series has given me faith in the Fantasy genre all over again.

That was made into a Sci-Fi series a few years ago. I haven't read the books or watched the show, but it's been on my list of "things to do", so with your recommendations...