sick of the Ford thread, sick of even seeing his name written.

So it sounds like Olivia Chow will be throwing herself in the race in a week or so.

John Tory is in,

Karen Stintz is in,

that other guy is in.

What are your thoughts on how the next 8 months will pan out until the election in October?

I'm for either Chow or Tory. I don't give a shit how it all shakes out except I hope Ford gets less than 10% of the vote (massive split on the conservative side)...

The best thing about this is that we'll be rid of both him and his brother at the same time. Does anyone know who the Ford family have tapped to run in Doug's riding?
K

I was speaking to a lawyer friend yesterday who was shocked when I expressed my dislike for Ford, she couldn't understand it and thinks the city have been run relatively well during his term (I agree there)

point is those people are still out there

Who is "shocked" to hear dislike for Ford??
wtf

As shocking as this may seem, there are a lot of people in this city who don't listen to the news, who don't read newspapers or even use the internet much, who are simply disengaged, heck they might not even speak english very well. When a big friendly fella in a suit comes to your door and asks you how the heat is in your apartment or whether you'd like $20 from his brother, you react positively and remember him because he just handed you a fridge magnet. And that's it, that's all the contact you've had with anyone in the Toronto political sphere. Come election time, the only person on the ballot whose name you remember is the fat guy with the magnet (still on your fridge).

Well you have to be living under a rock, perhaps one made of crack, to never have heard the crack related controversies in Ford's mayorshp.

All you have to do is watch TV, late night comedy, local news, foreign news - see whats on MSN after you check your hotmail... etc...and you'd see this stuff.

kyfe said:
... and thinks the city have been run relatively well during his term (I agree there)
Click to expand...

What in your opinion has run well during this term?

Actually, I retract the question. No point in getting into that in this thread.

The fact Toronto didn't slide into ruin is not a point in Ford's favour. He is not responsible for the city's resilience, we are doing ok in spite of Ford not because of him.

The most damage he did was in how much better we could have been doing, had anyone else become mayor.

Its an opportunity cost, not smoking ruins, that Rob is responsible for. How much better could we be with someone else in this term? THat's the real question... The economic engine here is real and will tick along in most cases through good and bad mayors.
T

Ok let me clarify, the city as a whole has been run well and I have no real issues ie taxes going up, loss of services etc. a decision has been made to go with Subways, like it or not at least a decision has been made and there is a direction. I still wonder how well LRT's would have functioned this winter but that's a discussion for another day. Garbage contracts are under control and it seems to be working. They managed to deal with the Gardner surprise when it started to crumble somewhat efficiently considering nobody saw that one coming (although it should have been anticipated based on life expectancies). TCH is improving which is another big one.

I in no way attribute this to only Ford, however he deserves an equal amount of credit as do the rest of counsel. I will always be of the impression that counsel is responsible for the good, bad and ugly, not just the Mayor.

So as a collective the all deserve kudos for not running the city into the ground, working within the budget and finding efficiencies.

As Praktik has pointed out to some Ford is the face responsible for this and they'll throw him a vote no matter what allegations are made against him.

The real issue with Ford is how he has made Torontonians look on the global stage, it's frankly embarrassing and reflects poorly upon us all as we elected him (or our peers did so)

I like Soknacki. He likes 4 am last call, he wants to really look at the police budget (the biggest line item), he wants to go back to the Scarborough LRT. He's not an irrelevant Ottawa politician out of the loop for the past 7 years, he's not a backroom PC (uggh) masquerading as everyone's best friend and he's not Rob Ford. However he won't get elected unless he gets more name recognition because branding is everything.

kyfe said:
Ok let me clarify, the city as a whole has been run well
Click to expand...

That is because of a legion of people not named Rob Ford doing it.
S

Who else after Chow will enter the race?

I predict in the end it will be Chow, Tory and Ford.

Stintz will be the Rocco Rossi of this race, Soknacki won't have an impact.
S

Littlest Hobo said:
That is because of a legion of people not named Rob Ford doing it.
Click to expand...

Beyond the few issues Ford has spearheaded, he isn't really directly responsible for a lot of how the city has been run well.

Glad we started a new thread. From the start I said I'd vote Tory, and I still think I will unless someone else comes out with an amazing and realistic platform. I do think Ford will probably win, or at least compete closely. Agree sockniacki may be a good candidate but it's not his time, and others shouldn't muddle up the playing field (like Minnan-Wong).
K

Except for the media circus that Ford has created, and the supposed negative reaction amongst people who don't live here (although the truth is, when I've told people outside of TO I'm from here, we immediately have a discussion about our city).. anyways, except for that, I can't think of one solid way that our city has been run better or worse with Ford at the helm. I haven't felt one single impact either way here.
H

I agree with comments that Ford could win this. Ford Nation has such steadfast support for this buffoon. All he needs to do is keep the suburbs and he is in. His threats are Chow in Scarborough and Tory throughout in splitting the right-leaning vote.

City of Toronto proper is Chow's to lose. If she can secure Scarborough she could win this thing.

Tory needs to brand himself as a pro-business and progressive centrist. His platform will need to balance urban and suburban interests.

Please dear God no more Ford. I will gladly take any of these candidates over him.

I like Tory, if he can take the center position and get Stintz to bow out and throw support behind him, he'll win but he also has a tendency to snatch defeat from the jaws of victory.

in Trinity Bellwoods over the weekend: 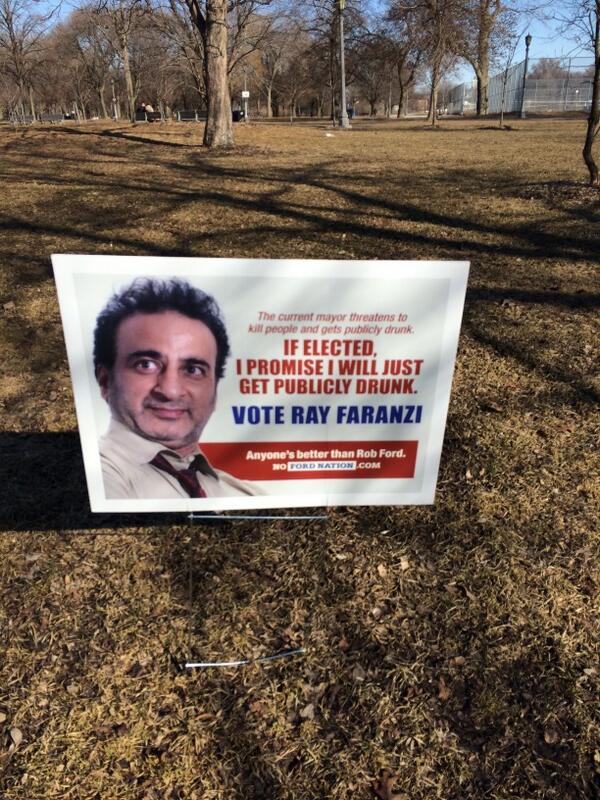 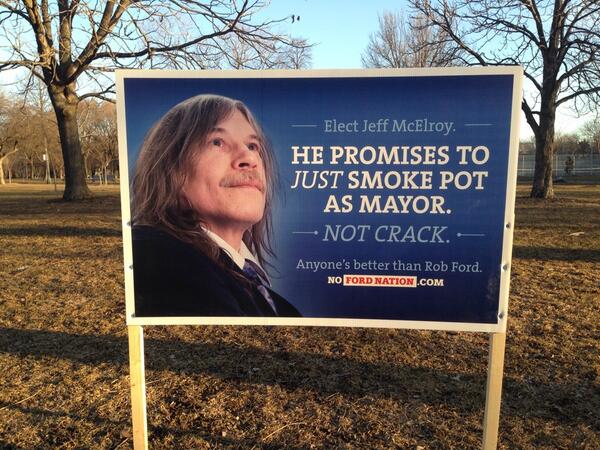 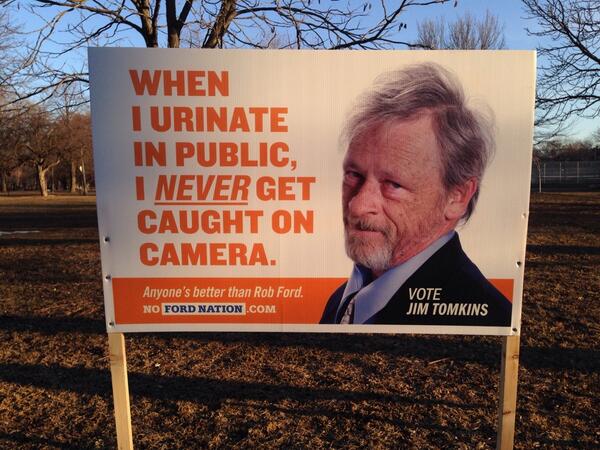 Is it just me, or does Karen Stintz sound like an inarticulate teenager who's always trying to say the right thing so that the cool kids will like her?

She comes across on camera as being terribly inauthentic and unsure of herself.

is more or less what I got from her reaction to his desire to "jam" her.

So really it's like he's the dumb jock and she's the cheerleader.
C

So. I'd like to know what are the important issues *to you* that Toronto faces.
For me it's the building boom and it's potential outfall- which is something i am surprised at hearing from many of people 25-30 is also a concern of theirs..